Directed by
Genre
Still one of the all time greats 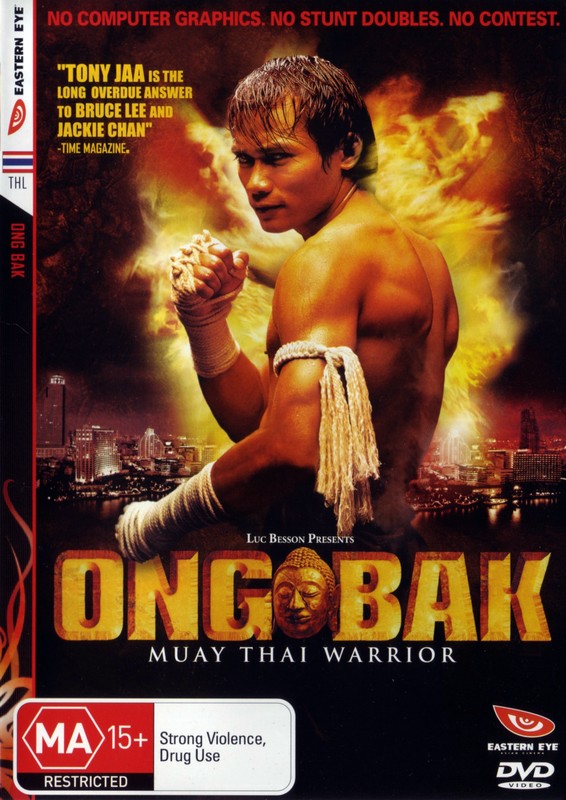 In 2003 Hong Kong had all but given up making martial arts films, and with the big names all getting older fans had reconciled themselves to the idea that honest to goodness martial arts films showcasing genuine skills were a historical artefact we'd never see the likes of again.

Then out of nowhere came Tony Jaa, the most impressive fighter to appear on screen in a long time, and ONG BAK - a film featuring incredible displays of martial arts and bone-breaking stunt work reminiscent of Hong Kong's glory days, all wrapped up in a slick and fun package with a videogame-like structure that sees Jaa face a series of adversaries and mini-bosses and find a strategy to overcome the ever escalating threats, with each scene topping the last for sheer spectacle.

ONG BAK's success spawned a mini revival wave with films such as Merantau, Banlieue 13 and The Rebel all providing local variants on the theme and culminating in the almighty tribute act that is The Raid (a film which arguably even surpasses its inspiration).

It also reminded Hong Kong that they used to be the god damn kings of this shit, resulting in SPL to show the world that they could still do it when they put their minds to it, and a steady stream of work for Donnie Yen and Wu Jing off the back of that.

Unfortunately Jaa himself apparently suffered from an attack of ego, decided he was going to self-direct not one but two Ong Bak prequels, started production and blew the budget without finishing even one, had a breakdown and disappeared for half a year until his mentor Panna Rittikrai tracked him down and persuaded him to return to the set by offering to help him get the films finished (i.e. direct them).

That experience kind of killed Jaa's career, but he did eventually return to work with SPL 2: A Time of Consequences being the main vehicle that rehabilitated him as a martial arts star, showing that he still had skills to rival the best - a nice little nod to his impact on the original. He probably blew his chance to be remembered as the next Jackie Chan, but he's at least guaranteed to be remembered as the real deal.

Not a bad legacy for the little Muay Thai film that could, and which still holds up as one of the best martial arts films of all time.