Directed by
Genre
Yeah... it's not good 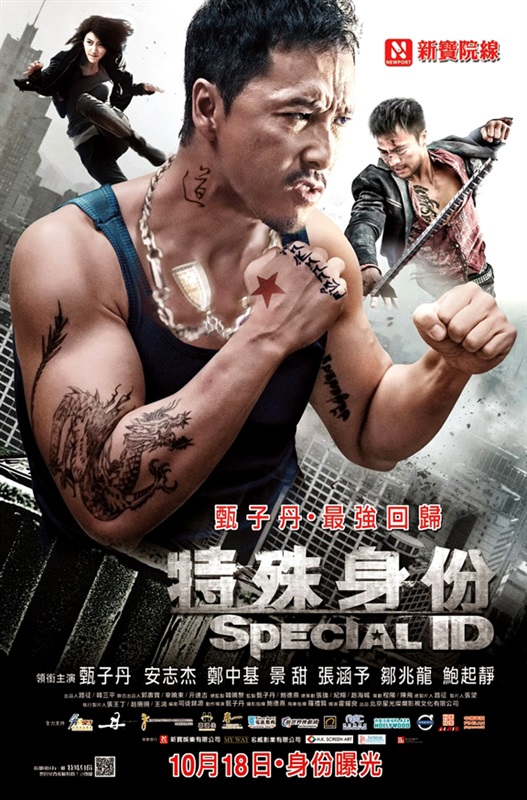 Chen Zi Long grew up dreaming of being a cop, but his poor education means the best he can achieve is an undercover role. After a decade or so undercover he's become a minor dai lo but he wants out before he's found out. His handler says it can be arranged... if he'll do one last job, going to the mainland to suss out what's going on with Sunny, a former protégé of his who's become a big name. A tough female cop named Fang Jing is assigned as his minder, and she doesn't approve of his ways.

Man, it was painful just typing that out... the plot is such a lacklustre grab bag of clichés, with a bare minimum of character development or narrative arc. You can tell this was nobody's passion project, just the product of people that have been given a job - make an undercover cop action flick for a certain budget and demographic. It has no personality, no heart and soul, it's just a collection of things people think other people would probably want to see in this sort of film.

It's primarily a vehicle for Donnie Yen, who delivers what you'd expect of him, such as a bunch of fight scenes with wrestling and MMA moves thrown in. His first fight with Ken Lo sets a high bar but the rest of the film fails to live up to it. There are a series of competently executed fights but not much originality... I guess the ridiculously long car chase fight might have had some, but I was too distracted wondering why they didn't stop the car to notice.

Opposite Donnie is the unnaturally beautiful Jing Tian as his mainland partner/adversary/maybe love interest? The arc of their relationship is entirely predictable without once being convincing. It's left open whether there was any romantic relationship between them... or indeed any of the characters, there's no hint that anybody in the film has any personal life at all except for the relationship between Donnie and his Mum.

There is one moment where the film shows a bit of inner life for its characters, a scene between Donnie and Jing Tian after she has just shot somebody. Donnie's suggestion that killing people is just part of life's rich tapestry is... weird... but at least in this scene they seem like people for a moment.

I also enjoyed the high speed tour of Tsim Sha Tsui in the opening shot, for what it's worth, and the cinematography is generally of a high standard - as you'd expect with Peter Pau in charge.

SPECIAL ID is not a good film... it's not terrible, it's just deeply mediocre.