Directed by
Genre
Who are you? 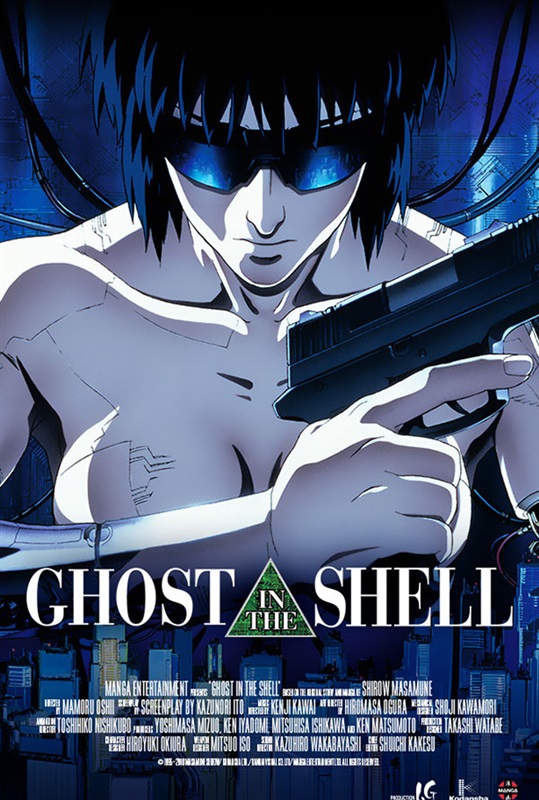 It's 2029 and humans regularly augment themselves with cybernetics to enhance both physical and mental faculties. This opens the door to "ghost hacking", rewriting a person's memory and personality to make them act as you want them to. The cyber cops of Japan's Section 9 are on the trail of a ghost hacker known as The Puppet Master, whose origins and goals are mysterious.

In 1995 Mamoru Oshii cunningly disguised a philosophical treatise on the nature of identity and what it means to be human as a kick ass cyberpunk action movie and made one of the most influential films of all time. In the post-human world of GHOST IN THE SHELL the characters represent various points on a spectrum, from fully human to fully technological, and the film asks at what point along that journey do you cease to be human - do you cease to be you?

It is (partly) a modern version of the Ship Of Theseus, a philosophical problem that dates back to the time of Plato (or earlier), which attempts to define wherein identity is located. 2500 years later there is still no definitive answer because the concept of identity is not well defined - it is a heuristic and is therefore contextual. This may offend the sensibilities of those who are used to considering themselves to be the same person they were yesterday when they wake up, but that is because the average human existence offers a pretty unambiguous context - our identity is usually uncontroversial... or is it? Is the you that your friends see the same you that your colleagues see, or that strangers on the internet see? From your seat inside your skull the answer seems obvious, but that identity cannot be the one that others recognise as you, by definition. So who are you? 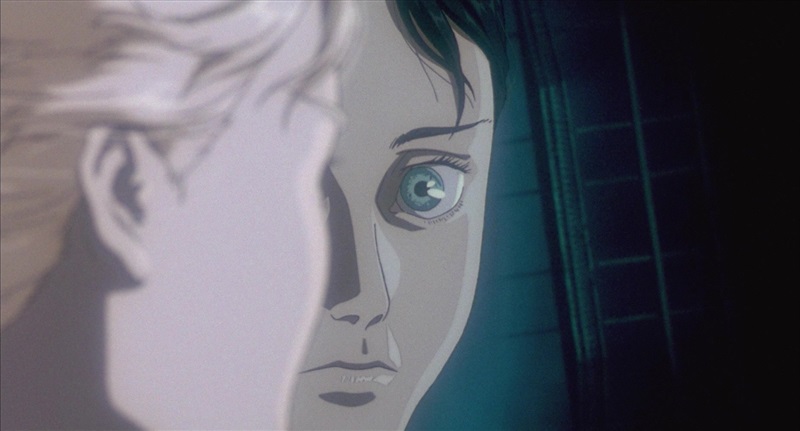 The seemingly inevitable arc of technological progress looks set to challenge our notions of identity even further, as it becomes possible to replicate the functions of a mind in an artificial device. We're still a way off yet (I don't think 2029 needs worry about it) but short of a global catastrophe there doesn't seem to be any reason we won't get there eventually. Once you can outsource your memories and cognitive processing to a coprocessor, does that technology then become part of who you are?

These are not the sort of questions you usually end up asking after a film, which is what makes GHOST IN THE SHELL such a unique treasure. It's also what made the recent live action film of the same name such a disappointment, since all the philosophical content has been swept away and replaced with a simplistic "state vs. individual liberty" tale that borrows liberally from Robocop but demonstrates none of that film's self-awareness and subversive humour. It got the Shell right but there is no Ghost in it.

Mamoru Oshii's version of events could reasonably be accused of being a bit up its own arse, but the navel gazing is actually kept to a minimum and most of the brisk runtime is dedicated to a thrilling story of cool cops and hi tech weaponry. The animation is exceptional, the technical quality was unprecedented at the time of release - even surpassing the legendary Akira. The action scenes are especially well executed, showing a great understanding of the kinetics of bodies in motion. It was one of the primary influences on THE MATRIX, and really set the standard for how these things should be done.

I must give a shout out to the wonderful soundtrack by Kenji Kawai as well, probably in my Top 3 soundtracks and one that I regularly listen to as an album. It blends eerie choral harmonics inspired by Le Mystère des Voix Bulgares with ambient electronics and ghostly percussion to create a phenomenally atmospheric sound. One of the few things the live action film did right was the Kenji Kawai theme.

There is no question that this is a classic, one of the all time greats of anime. I don't think it's perfect - its a bit too heavy handed and self-important, though thankfully not to the extent that Ghost In The Shell 2: Innocence would be. It is damned impressive though, and if for some reason you haven't seen it you should get on that right away.