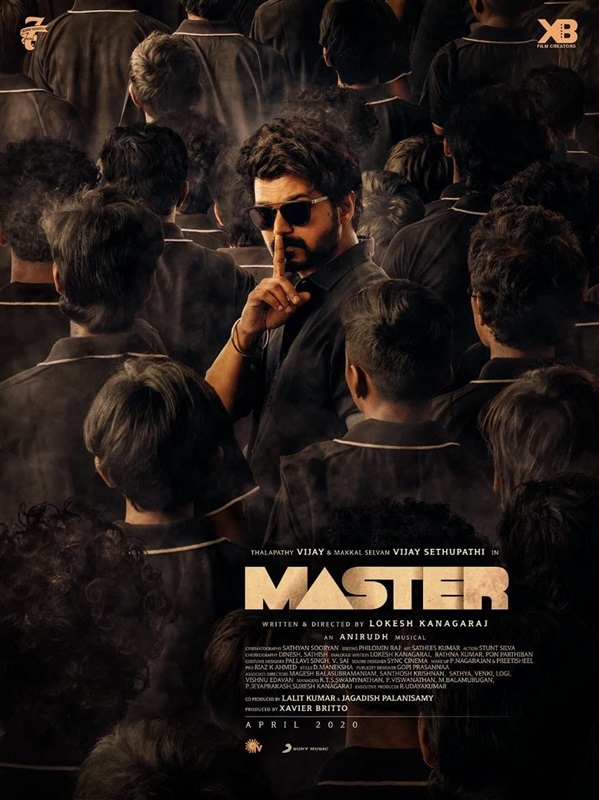 A hard drinking teacher is adored by his pupils because he always sticks up for them, but despised by the staff who conspire to get him transferred. He is sent to a juvenile detention centre where the boys are recruited into a gang run by an ambitious ex-resident, plied with drugs and food and comfort but then potentially called upon to take the rap for his crimes so he remains untouched.

The teacher (or Master) starts out playing the cool teacher and treating the boys as friends, but with hardened criminals running the place this quickly leads to tragedy when he is too drunk to respond to a call for help. He determines to sober up and sort out the gangs corrupting the youth to turn it back into a place of rehabilitation.

This is a reasonably fun Tamil film featuring an appealing mix of over the top melodrama, over the top action and... not all that over the top song & dance routines I suppose, relatively speaking. The testosterone practically drips off the screen and the film revels in the macho coolness of its main characters (hero and villain) at every opportunity.

Fight scenes are reasonably well done but these aren't martial artists so it's mostly about sending people flying through the air/architecture with a single punch, though the inevitable showdown does feature some more interesting choreography.

The film is generally predictable but there are a few scenes towards the end which go against expectations and add a dose of substance that wasn't present previously... too little too late to justify the 3 hour running time though... the time would probably be better spent watching Satya or Company instead.