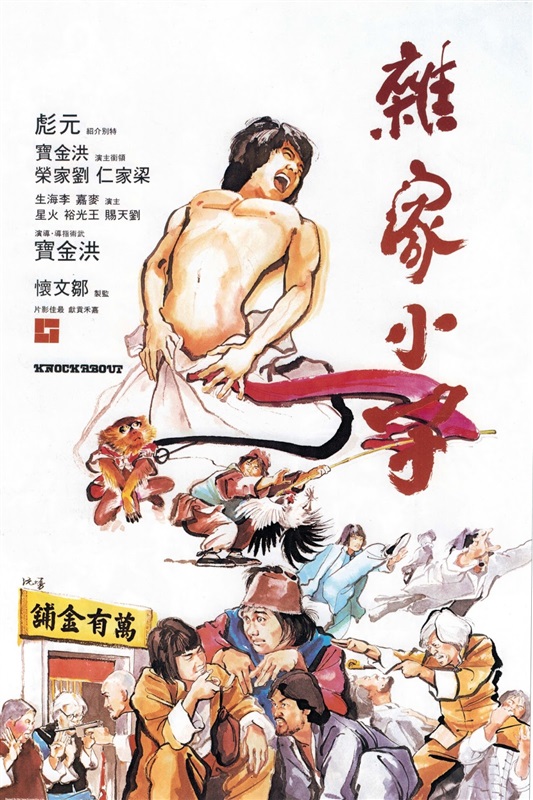 Two brothers make a living conning people but aren't quite smart enough to reliably pull it off, though they are good enough fighters to get themselves out of trouble when caught. One mark who outsmarts them also easily defeats them in combat though, so they resolve to convince him to teach them kung fu. A while later some figures from their sifu's past turn up and one of the brothers ends up dead. Naturally the other must find a new sifu to teach him the skills he will need to take revenge.

Not sure why I bothered with a plot summary since it is basically the plot of every kung fu film in this era, though it have a twist on the formula that I won't reveal. It doesn't tinker with it too much though because the story isn't what the film makers wanted audiences to concentrate on in these films, it's all about the kung fu and the comedy.

Unfortunately the comedy is not that impressive, the brothers' schemes aren't quite clever enough and they aren't likeable enough characters to make it work. Cantonese comedy is an acquired taste at the best of times, and this isn't one of the best examples of it.

Luckily the kung fu is a different story, as you'd expect with Sammo Hung directing Yuen Biao ("Introducing Yuen Biao", no less - obviously he'd been in dozens of films previously but only as a stuntman and extra). It takes a while to get going, but once Sammo starts training him he gets to show why he was in such demand as a stunt double.

Eventually this leads to a showdown which combines Sammo's creative choreography and Yuen Biao's athletic prowess to impressive effect, which is what we came for.

Of all Sammo Hung's films as director in this period KNOCKABOUT tests the viewer's patience the most before it delivers the goods, and is the weakest film in his run from Enter The Fat Dragon to The Prodigal Son - but that was one hell of a hot streak.

Even a weak Sammo Hung is usually still worth watching, and though this one provides fewer reasons to watch it than The Victim or Warriors Two, Yuen Biao's remarkable agility is at least one very good reason. There are certainly better examples of the genre, but it's not the worst.