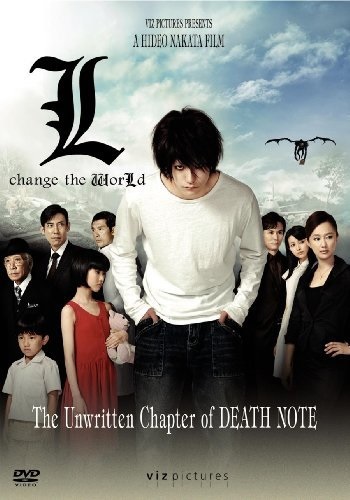 I'm sure everyone agrees that L was by far the more interesting character in the Death Note movies, thanks to a charmingly weird geek-cool performance from Kenichi Matsuyama, possibly channelling Johnny Depp. As such you can't blame the producers for giving him his own spin-off/sequel... only for making it so bad.

The problem, in a nutshell, is that the writers have missed the point on practically everything that made the Death Note films interesting. The intriguing mystical lore about the Death Notes and their keepers is all forgotten about, which is probably better than trying to contrive some re-entrance for them - except that it's replaced by a feeble pseudo-science deadly virus tale that even the cheesiest of direct-to-video American films would be ashamed of. The high level mind games that drove the plot of DN are almost entirely gone - L's opponents are a dim-witted bunch, and in their place is a countdown to destruction and an entirely unforgivable attempt at an action-packed finale. Ugh.

Worst of all, they decided that what L really needed was humanising - to whit, a back-story that reveals him to be part of an alphabetically codenamed secret organisation fighting crime under the stewardship of Watari, and a plot that leaves him taking care of two young children for most of the film. Matsuyama tries his best, and his presentation of L still manages to be simultaneously super-cool and super-cute, but there's only so much he can do with the ill-conceived storyline and juvenile scripting. There are some moments that do work, but they are in a minority. Worth seeing if you enjoyed the Death Note films, just to tie things up, but set your expectations for it several notches down.