Directed by
6/10 - Love the stars, hate the director 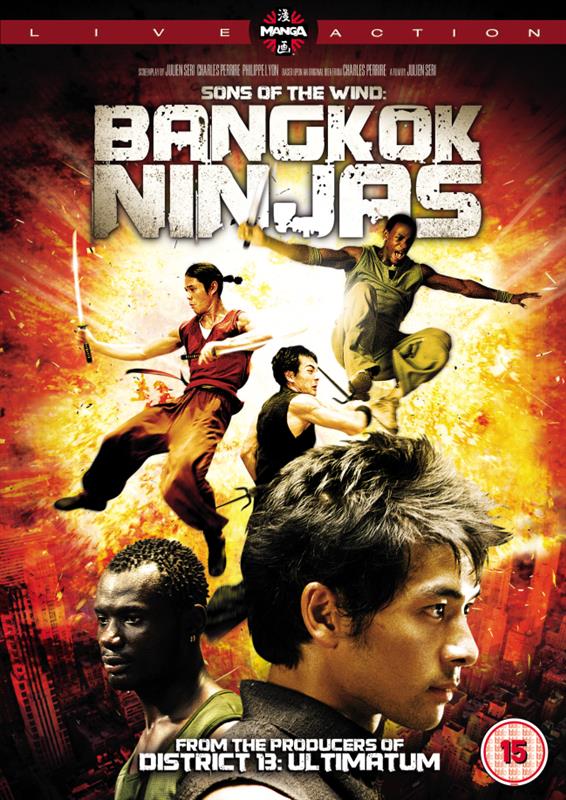 5 years after YAMAKASI failed to introduce Les Groupe Yamakasi's brand of Parkour to the wider world, the members are reunited by director Julien Seri for a semi-sequel, this time taking the action to Bangkok for a change of scenery. The group are all a bit more mature, and so is the film - not so much a kids movie anymore. Time does not appear to have diminished their "Free Running" skills - in fact I *think* they've gotten quite a bit better. I have to qualify that observation because it's really hard to tell - the director belongs to that school of thought which says that action scenes are more exciting if you can't tell what on earth is going on :( That was the main problem with the first YAMAKASI film, and I really hoped some lessons would have been learnt and this time they'd leave the camera in one place a bit longer and actually let us see the Parkour the group are performing... that is why you'd hire them all to be in a film, after all.

Sadly, Julien Seri seems to have missed the point entirely, and shoots all the action in the most infuriating way possible. He proudly tells us in the extra features that he used 4 cameras to shoot the action, and he really enjoys "just getting the camera on my shoulder and running about" when he's on set, but "the most creative part is in the editing room". What this means is that as soon as the cast start moving at more than 3mph, the camera starts zooming and shaking and we rarely get a shot that lasts more than 1/3rd of the second before it cuts to another angle. What we do get to see of the action looks amazing... the film mixes up Parkour with Muay Thai and other martial arts styles in a way that could have produced an absolute classic. In the right hands this could have been the beginning of a whole new action film style, as exciting an action film as Ong Bak. Sadly, Seri clearly does not have the right hands :( I suppose some comments about the story are appropriate... it's rather daft. The Yamakasi go to Bangkok to help set up a gym for poor kids, and accidentally get involved in a turf war between the Triads and the Yakuza (who all speak French. In Thailand). A pair of French-Chinese siblings are the catalyst for much of this - a brother who wants to get into the Yakuza because the Triads rejected their mixed blood, and his sister who thinks all this crime is maybe a bad thing.

The film suffers from chronic "orientalism" - the insidious form of racism which certainly doesn't think Asian people are inferior to westerners, no way Jose - in fact it thinks they're great... with their ancient traditions, quasi-mystical religions and mad martial arts skillz - they probably just need a group of westerners to spend a few days with them and sort out their generations old blood feuds (and teach their ladies how to love). The Bangkok setting is beautiful, but it seems to be populated entirely by gangsters, monks, Muay Thai rings and alleyway markets.

LES FILS DU VENT could have been great - the design of the action scenes is brilliant, and Les Groupe Yamakasi really deserve a vehicle that showcases their skills rather than trying to hide them. Again they've been let down by a director who's so in love with himself he's perhaps afraid that if he let us see them in action for more than half a second we'd start thinking it was *their* film, not his. If that was his worry, he definitely shot himself in the foot (actually head), because all he accomplished with his camera work and editing was to make me hate him.

The film still manages to be enjoyable, but you have to look past what you're actually seeing to what was really being done to appreciate it. I'm torn between loving the ideas and the actors and hating what was done with them on screen. That leaves me somewhere around... 6/10.