Directed by
Not recommended. 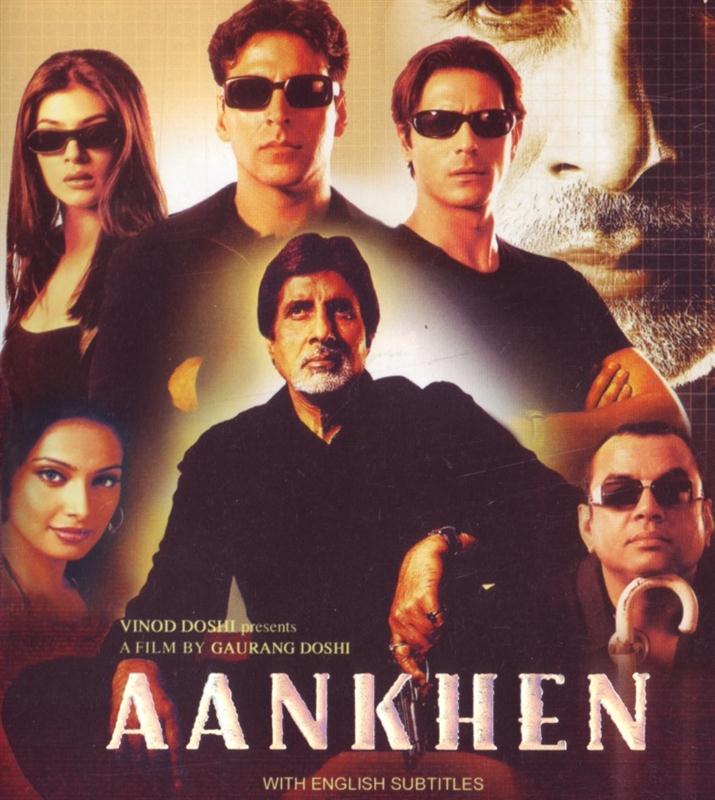 "Truth is stranger than fiction", opines the script of Aankhen on several occasions in a tragic attempt to convince us that a plot that is full of holes is actually somehow better than a less dumb one. After being employee of the year for 30 years straight, Amitabh Bachchan is fired from the bank where he works because he is mad. As revenge, he hatches a ridiculous plot to rob the bank by training 3 blind men for 50 days in an exact replica of the bank floor. This might have made for an interesting movie, but it fails due to a muddled plot that fails to really address the issues, and some of the worst 'blind' acting I've seen. Amitabh is still one of the coolest guys on earth of course, but not cool enough to save Aankhen from being very disappointing. Especially annoying is the DVD that features a lacklustre transfer and a premium price tag because it is a "3 disc set"... except the other 2 discs are a soundtrack cd to a completely different movie and a DVD of MTV clips linked by the fact the artist has "Khan" in their name. OK, so premium price is still only $18.99, but the principle makes the waste of time and money Aankhen turned out to be all the more acute.