Directed by
Genre
Low budget and offers little to compensate 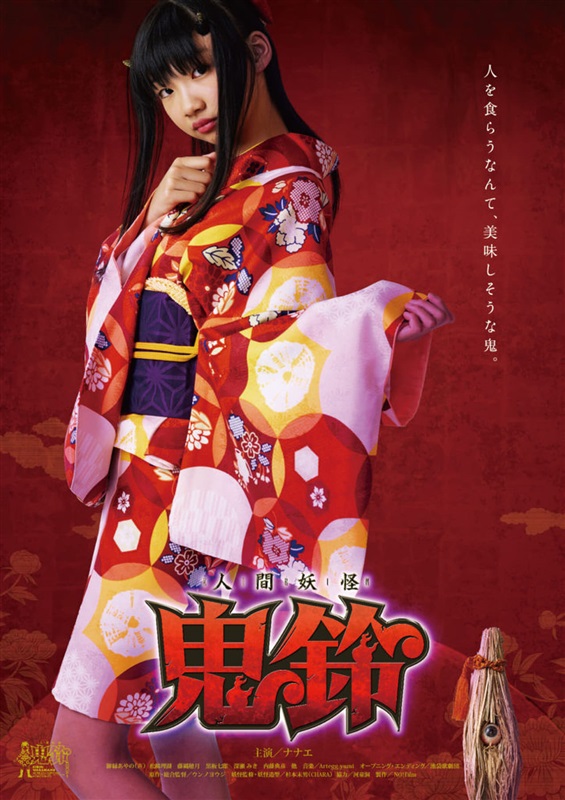 YOKAI GIRL KIRIN is a film about a powerful Yokai called Kirin who goes around finding Oni demons and eating their hearts, whilst looking like a very cute young Japanese girl.

The film is episodic, divided into three separate stories plus a brief interlude that gets its own title card despite only being a couple of minutes long. The stories all follow a similar format, somebody is up to no good and becomes possessed by an Oni, Kirin senses something's up with them and destroys them with her one magical attack, then eats their heart.

It feels like this was probably intended to be a TV or a web series as it's an awkward fit for the feature length format, there's no real narrative arc and no closure at the end.

The production values are ultra-low budget with bargain basement costumes and effects. The acting is awful, especially from Kirin herself, who delivers her lines like she's reading a shopping list. Everybody else overacts as if to compensate (apart from one actor in the last story who actually does a good job).

The film contains some violence that is surprisingly brutal compared to the generally light tone, including some gory corpses. It's as if it considered going for the over the top splatter fun of The Machine Girl but quickly realised it had neither the budget or the know-how to make such a thing.

I was reminded of THE ANCIENT DOGOO GIRL, which is also about a Yokai-hunter, but Noboru Iguchi's series is far more imaginative and playful and fully understands that its main reason for existing is to show off Erika Yazawa's large breasts. Given that Nanae looks about 14 that probably wouldn't have been a great angle to take here, but at least it gave that show a purpose.

I don't really know what the intention was with this film, it seems like it was probably intended to promote Namae as an idol, but given her lousy acting it doesn't seem like a very promising vehicle for that.

Watched online as part of Japan Film Fest Hamburg. The English subtitles were shockingly bad, but I doubt I missed anything important as a result.