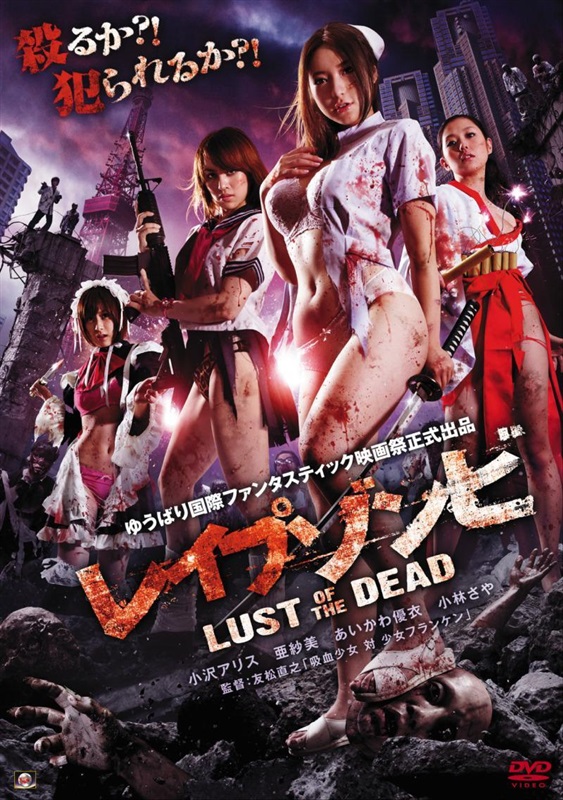 After humanity's environmental irresponsibility leads to depletion of the ozone layer, a blast of cosmic rays turns the world's men into rape zombies - mindless creatures driven only by the sexual urge. The women quickly rally and arm themselves to resist the assault. A small group find themselves holed up in a Shinto shrine, where they seem to be at least temporarily safe.

You probably have a pretty good idea what to expect from a film called "Rape Zombie", and in case you were somehow unsure the opening scenes would clear it up quickly enough. It basically sets out to answer the question "What if zombies, but rapey?".

We see a demure housewife doing the laundry when her husband returns home and begins violently abusing her. As he assaults and rapes her she watches a news report on TV discussing the rape zombie phenomenon, which ends with the reporter being attacked as the film's theme music plays - a hardcore punk song whose lyrics are just the phrase "Rape Zombie", over and over. 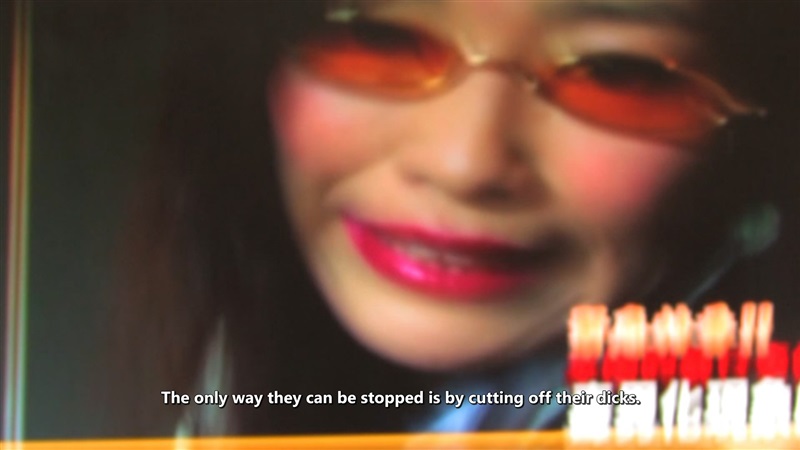 With such a low budget it's unsurprising that the special effects look cheap, but they lean into their limitations so the fakeness has a charm that would be missing if they'd tried to make things look realistic and failed. The film is primarily a comedy so they can get away with looking a bit naff.

There is even an action scene that isn't half bad, where Asami takes on a horde of zombies with a katana and an assault rifle. It's nice to see Asami get an action choreographer credit too, her hard work and "never say no" attitude has been a boon to Japan's low budget exploitation films over the years.

RAPE ZOMBIE: LUST OF THE DEAD could easily have been an unpleasant film, revelling in the sexual assault of pretty actresses rendered helpless by the desires of predatory men. The fact that it instead empowers them and it is the male cast who are rendered powerless and pathetic is clearly not an accident. It is still a soft-exploitation film where pretty actresses take their clothes off and are attacked by rape zombies, at the end of the day, but it does walk the line of having and eating its cake quite well.