Directed by
Genre
Harder to defend than the first film 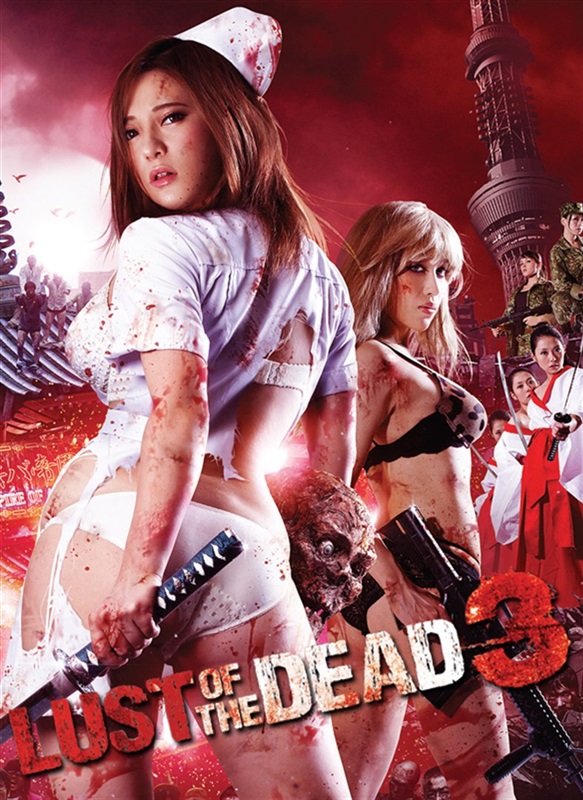 Picking up a little while after the events of Rape Zombie: Lust of the Dead, when things have stabilised a bit and the Tokyo wasteland is now divided up between the Amazons (female soldiers) and a group of incel otakus who are immune to the rape zombie effect because their sexual desires are devoted to anime waifus and "3D women" repulse them. In fact the otakus are quite keen for the zombies to finish what they started and get rid of the remaining women so that they can have a pure otaku empire.

Enter a young married couple where the man is seemingly one of very few non-otaku men unaffected by the rapiness, which makes him a fascinating research subject for the Amazon scientists. Also dropped in (literally) is a robot sent by the US to search for survivors and... it's not so clear what the plan is then.

I'm treating these sequels as a single film because they tell a continuous story, with part 2 ending on "to be continued". Each is only just over an hour long, and a chunk of that is due to an extended preview of part 3 at the end of part 2 and an extended recap of part 2 at the start of part 3. Remove the redundant bits and there's probably a much tighter 100 minute film hiding in there.

Things start off promisingly with a rape zombie attacking the young couple and meeting a particularly gory end, followed by an encounter between the American robot and some otakus that turns even more bloody. The special effects seem to be a notch higher quality and it seems like maybe there was a bigger budget this time, but it turns out they just probably blew more of it at the start. 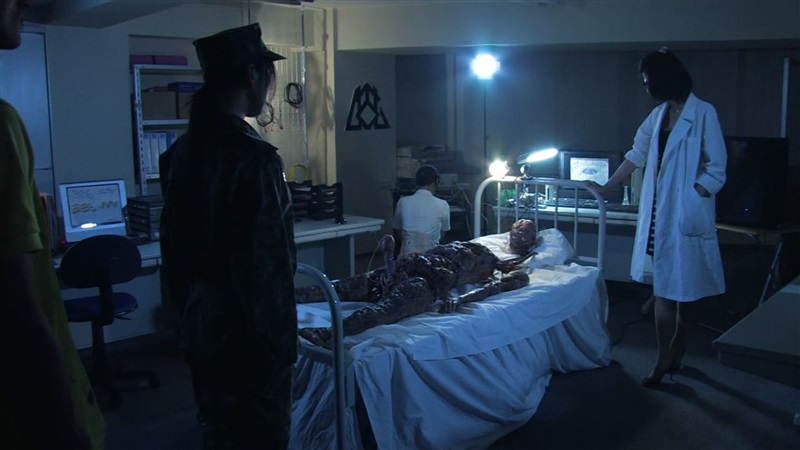 The introduction of the factions expands the world of the series. The Amazons are fairly straightforward, a community of women who are learning to live without men. The otakus are more interesting, with their agenda to eliminate biological females expressed through several speeches about Japanese women only wanting jocks or pretty rich boys and the less attractive or confident men having no chance to get laid... it's basically exactly what the incel movement that's gained a lot of attention in recent years say, which means they're the bad guys...

Well, yes, I think the film is definitely condemning those attitudes, and the otakus are always presented as the antagonists. It's not quite as vociferous in its condemnation as might be hoped though - they don't have a good end in store, but then neither do the Amazons (who perhaps represent radical feminism). Given the feminist stance presented in the first film you would assume the Amazons are the good guys and the otakus are the bad guys, but in the end neither side is presented particularly sympathetically.

This makes it harder to defend part 2+3 when the female cast member all end up at least partially naked at some point, as it isn't balanced by a story of female empowerment and emancipation - in fact the last act of part 3 is kind of the opposite.

So, the sequels are harder to recommend than the first film, even if they do explore some interesting ideas and have some pretty cool scenes. Frustratingly, even part 3 ends on a cliffhanger, so now I need to track down parts 4 and 5 to find out what the ultimate conclusion is.

I will note that the subtitles I downloaded for these parts weren't nearly as good as the subtitles I found for part 1, which were very thorough and did a good job of conveying the wit and humour in the film (they were translated by alexavega and can be found on opensubtitles). The subtitles for 2 & 3 seemed overly simplistic and I caught several Japanese words being spoken that didn't seem to have any correlation with the text. Perhaps that explains why it felt less progressive and subversive, though it could only explain a part of it.