Directed by
Genre
A charming and entertaining rom-com 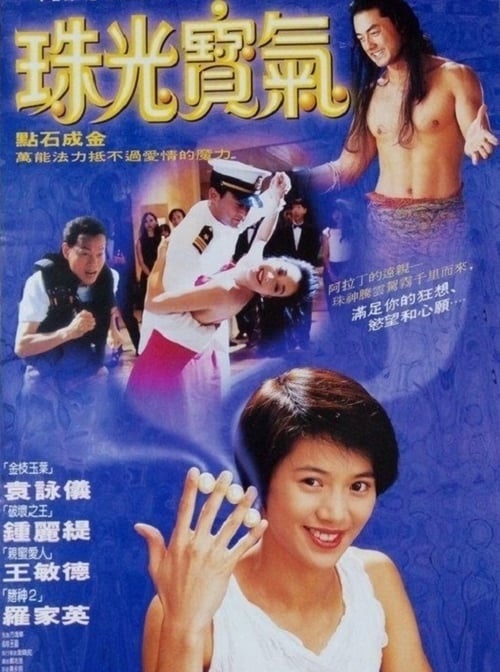 Ko Siao-Ping (Anita Yuen) is a movie buff who struggles to hold down a job. Her mother persuades her dad to give her an entry level job at his advertising company, but since they are his "secret" family she can't tell anyone about their relationship - especially her pretty, popular half-sister Pearl (Christy Chung). When she is sent out to find some jewellery for a shoot she picks up some Arabian pearls, but when she cleans them she releases a genie trapped inside for 3000 years. The customary 3 wishes are offered, but since he is still a trainee genie his ability to deliver is not perfect.

WHATEVER YOU WANT is fundamentally a romantic comedy and hits all the expected beats, but it is dressed up with some imagination. The film pokes fun at its genre, its director and a certain other Director Wong whose films take themselves a bit more seriously. Wong No. 3, Michael Wong, seems quite happy to make fun of his own image here as well and is entertaining as the hapless "fairy".

The film is anchored by Anita Yuen's terrific comic performance that contains a lot of heart, and eventually yearning as she begins to realise what it is she truly wishes for. Her character is enormously likeable and relatable. Jordan Chan is very charismatic as her colleague who grows along with her, in what must have been one of his first movie roles.

The first hour or so is playful with various skits and hijinks, but a romantic comedy needs some conflict to bring the star-crossed lovers together, and everything eventually comes together for a final act does what you'd expect - but does it rather well.

It's easy to knock Wong Jing for churning out shallow and derivative films but never let it be said he doesn't love cinema - you can't parody so many genres so efficiently without a deep understanding of them, and when he puts the effort in he is adept at adding his own touch. WHATEVER YOU WANT is one of the films where he definitely put the effort in, and I am positive Wong Kar-Wai couldn't make a romantic comedy this effective if he spent half a decade on it.