Directed by
Genre
Barely delivers what the title promises 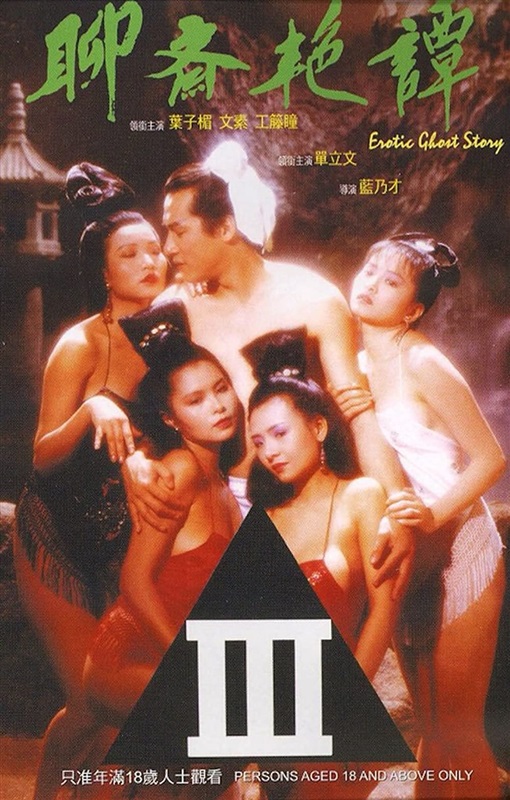 Three fox spirit sisters are close to achieving immortality and permanent human form after many years of practising the Tao. They find a secluded home in which to complete their studies, but after the older sister meets a scholar living nearby and takes a shine to him, her youngest sisters notice her odd behaviour and various misunderstandings and mishaps lead to all three sisters becoming "acquainted" with him. All this extra-curricular activity doesn't seem like it will help either their studies or his.

The first hour or so basically concocts a series of excuses for its actresses to get naked and frisky, though exactly how naked varies wildly. Amy Yip was clearly on a "no nipples" contract so even though we see lots of cleavage and side-boob it doesn't go beyond that. Man Siu's contract was seemingly allowed for topless scenes, whilst Japanese actress Kudo Hitomi apparently signed up for "anything goes" and is frequently fully nude - including some shots that I'm amazed 88 Films got past the UK censors. Apparently the BBFC doesn't give a fuck anymore - though we're not talking hardcore, all sexual activity is obviously simulated.

Everything changes in the final act though, when the sisters' lascivious behaviour catches up with them and Lam Nai-Choi is finally unchained, with some wild special effects and high flying action - the whole "ghost" thing suddenly gets a lot more relevant than it's been up to that point (not that there are any actual ghosts in it, still).

This seems like an odd choice for 88 Films to give the deluxe special edition treatment, though I gather it sold well so perhaps it's what the people want. I have a feeling that it's going to leave quite a lot of buyers underwhelmed though, which may hurt sales for the more genuinely interesting films like Robotrix or Story Of Ricky they have coming out soon.