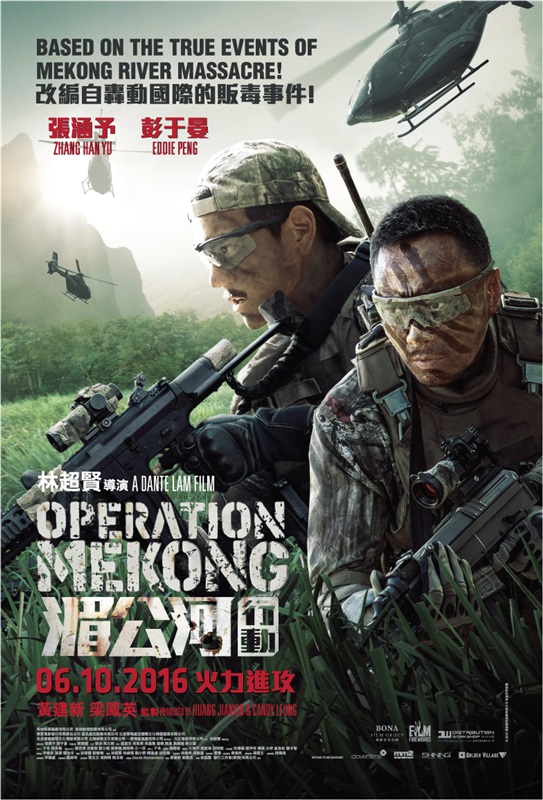 When Thai police report that they intercepted two boats from China smuggling drugs down the Mekong river the authorities suspect that's not the real story, and send a maverick cop to Thailand to work with an undercover agent there to investigate and shut down the drug gangs operating out of the Golden Triangle.

Apparently this is based on a true story, though presumably "sexed up" to make the role of China's elite forces more pivotal. The film isn't quite as fiercely nationalistic as I'd been expecting, but it is interesting to see China's self-image starting to dovetail with the USA's... as of around about the 1980's.

The writing is exactly as vacuous as you'd expect from this sort of film, or any film with five credited writers really. Characters are paper thin cuts from standard archetypes, their motivations are rarely explored and the only reason we're expected to care about any of them is that they are Good Guys fighting Bad Guys. The soundtrack tries to inject some emotion, but it's awful so it doesn't work.

The action scenes suffer from the lack of character development and just become empty spectacle with no emotional weight. That sums up the film, really.