Directed by
Genre
Die Hard in a hospital 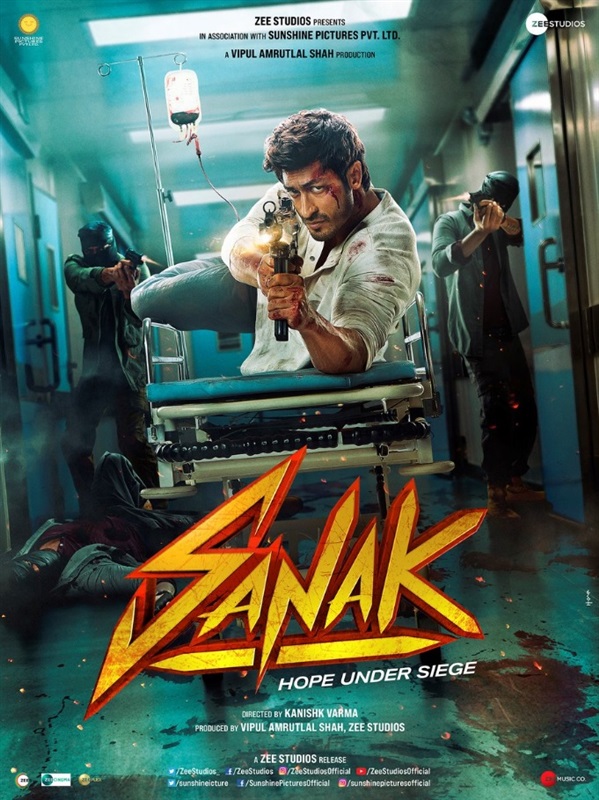 SANAK (Anger) is Die Hard In A Hospital and it doesn't care who knows it - I like a film that wears its influences proudly. There's also a dash of Hard Boiled and a dollop of Jackie Chan in the mix, with action director Andy Long Nguyen staging a series of fights that pit Vidyut Jammwal against opponents using a variety of styles to showcase his impressive skills. The execution might not be as polished as the best in the business, but as a "look what we can do" it's entirely convincing.

The non-action bits of the film are a mixed bag but decent enough overall - the plot follows Die Hard so closely there aren't many surprises, but the relationship between Vivaan and Anshika feels quite genuine (despite their weird banter about extramarital affairs). The film understands the importance of a charismatic villain and Chandan Roy Sanyal delivers one, making his character distinctly human rather than just a maniacal fiend. Can't say the same for his henchmen, but they're there for their fighting skills and do not disappoint on that front.

This is probably the most Hong-Kong Bollywood film to date, and it's good to see people trying to keep that style of action alive. Sanak does feel a little too much like an imitation, but being able to imitate the best in the business is a good foundation on which to build something new - looking forward to see what the team does next.