Directed by
Epic and deranged 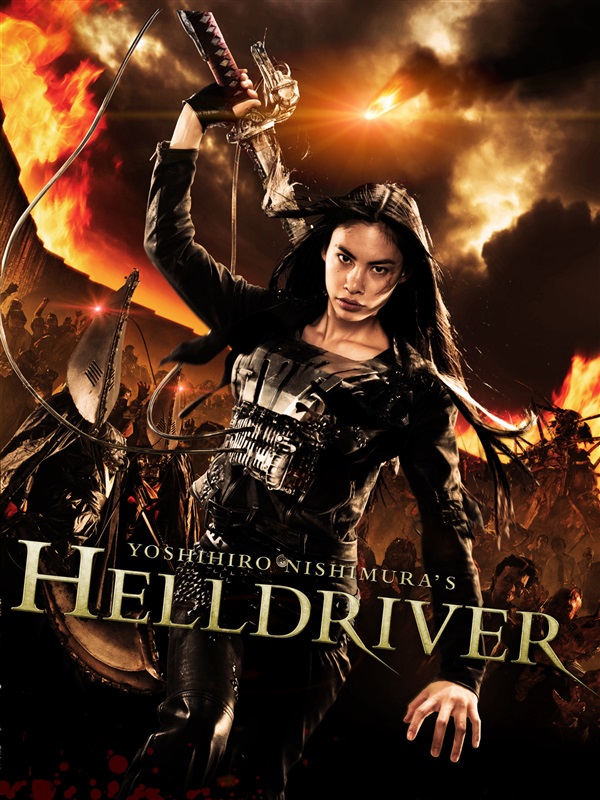 After a meteor strikes Japan and unleashes a pestilence, turning the infected into zombie-like creatures, a wall is built to divide the country in two - infected on one side and a proto-fascist state on the other. A group of condemned criminals are sent across the border to hunt down the zombie queen.

Eihi Shiina has great fun as said zombie queen, already pure evil even before she became host to an alien parasite, and gorgeous Yumiko Hara plays her daughter - who had her heart replaced with an engine that also powers her chainsaw katana. Yeah, HELLDRIVER is classic Sushi Typhoon - ridiculous, over the top and absolutely soaked in blood.

The budget can't have been vast but it was enough to allow Yoshihiro Nishimura to have fun indulging his imagination and creativity, and everybody involved seems to be on the same wavelength. It's playful, irreverent and self-aware.

This is a rare film where the director's cut is actually shorter. From a quick skim of the theatrical cut a subplot involving a priest seems to have been removed, presumably to tighten up the pacing - the film is never dull but once things really kick off about an hour in they don't let up until the end in the shorter version.

We were so spoiled in that 2008-2012 period when people would regularly give Yoshihiro Nishimura modest sums of money and tell him to go wild - a true golden age of cinema!