Directed by
Genre
Another Sabu masterpiece 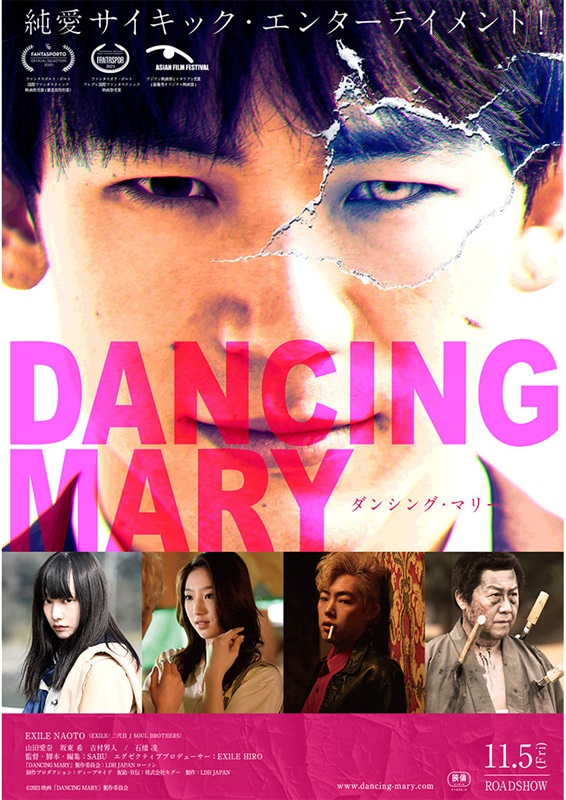 A timid civil servant is tasked with the demolition of an old music hall to make way for a new development, but rumours say the place is haunted by one of the old dancing girls. A chance encounter introduces him to a teenage girl who is said to be able to commune with the dead.

It's been a long time since a Sabu film could be called "feel good", those rambunctious early comedies are now outnumbered by his more serious films. DANCING MARY begins somewhat farcically but once the two main characters meet it becomes rather more tragic, and philosophical, though still delightfully absurd. It's not as nihilistic as Happiness or My Blood And Bones in a Flowing Galaxy, and even has a more or less happy ending, but it does paint a fairly dark picture of the human condition on the way. It would make a fine double bill with Miss Zombie.

Nobody else makes films like Sabu and this is yet another masterpiece, amongst his best... so naturally it's basically impossible to see (legally). I simply cannot understand why one of Japan's most interesting and consistent directors is so poorly represented outside Japan and Germany (where Rapid Eye Movies co-produce a lot of his films, like this one, but even then don't always release them on physical media).

If I can throw money at somebody to make a couple of Sabu boxsets appear representing his early and late career then just tell me what it'll cost!