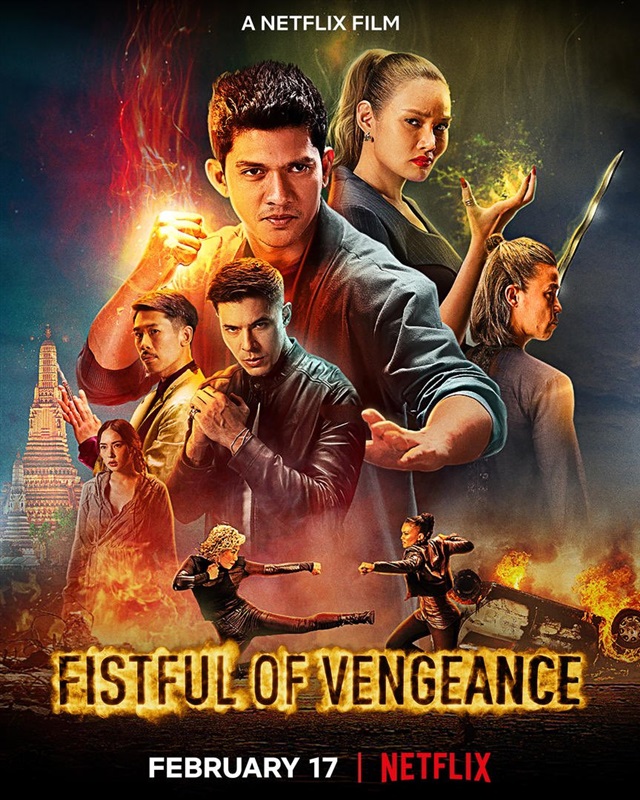 I avoided Wu Assassins because the trailers reeked of Orientalism (that insidious form of racism where Western writers define Eastern characters by the (supposed) traditions and superstitions of their culture, treating them as as exotica rather than fully realised human beings), but the movie trailer for made it look like something action fans couldn't afford to miss.

Maybe if they'd got the person that edited the trailer to edit the movie it would be... but I guess the fact it's 2 minutes long is probably a contributing factor to its energy.

The writing is more or less as bad as I suspected it would be, generic and derivative and barely interested in its own world. The film is action packed, but some sloppy camera work means it never feels as impactful as it does in the trailer and frequently looks too obviously choreographed and staged.

The action can be surprisingly brutal and bloody but this produces some jarring tonal clashes. The heroes are supposed to be relatively ordinary people but they kill dozens if not hundreds with no hesitation or remorse, or any feelings at all. If you're not one of the heroes you are completely disposable as far as the writers are concerned, apparently.

The film's one strength is its cast - Iko Uwais is obviously an asset they don't deserve, but the core trio + 2 are all charismatic. Everybody else is completely superficial though, and the big bad is not even remotely menacing.

You can afford to miss this, after all.