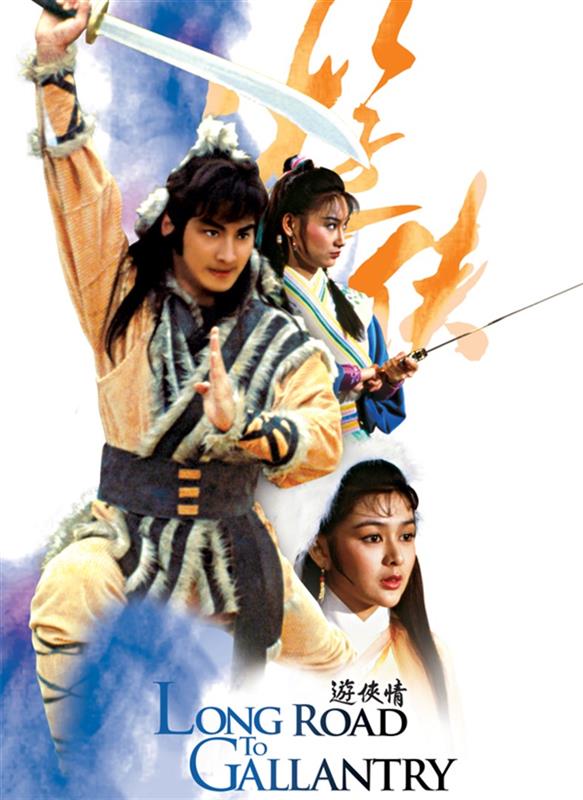 The villainous Thunder Gang have achieved dominance of the martial arts world, forcing the other clans to submit and pay tribute to their leader, Leng Tian Lei. Only the Dragon Sect stand in defiance, at least in part due to an old blood feud resulting from Leng Tian Lei's bloody theft of a book describing an invincible martial arts technique. A naive, headstrong young martial artist, Du Mengfei, gets caught up in the conflict between the two sects when he meets and falls for two young women, both of whom have a role to play in it.

Du Mengfei is played by Kenny Ho, who didn't make a lot of films but was apparently more active in television. He does a passable job here, not exactly brimming with charisma but managing to pull off the slightly irritating, impetuous arrogance of youth well enough. He is at his best in the action scenes, with a fairly unusual style that has a lot of speed, power and acrobatics but very little in the way of finesse - appropriate to his character, and giving the action a fairly distinctive style.

The female leads are Kara Hui (always a pleasure) and Rosamund Kwan. I suppose it's the earliest Rosamund Kwan role that I've seen, certainly the only time I've seen her in a Shaw Brothers film. It's not a bad role for her, but it's definitely not one of Kara Hui's best, being cast as an altogether too young and petulant girl given the number of years and classic films she already had to her name at this point. The Mandarin dub track (which is the only available option on Amazon Prime) does her no favours either - in 1984 this would almost certainly have been a Cantonese release originally, and the Mandarin dub does feel off.

LONG ROAD TO GALLANTRY is broadly what you'd expect of a Shaw Brothers wu xia from 1984 - the plot is slight, the action over the top and the production values just slightly on the cheap side. As with many other Shaw Brothers films of the year the low budget means it sometimes has the feel of a children's film, if a somewhat bloody one - I would be all for having your kids watch it, I think that you're never too young to learn the life lessons that wu xia has to teach. For instance, "you can't force someone to be your daughter" was a particularly good message from this film.

It's not a classic by any means, but it is entertaining enough and has some pretty solid fights - heavy on somersaults and trampolines, so not everybody's cup of tea, but well choreographed and filmed.