Directed by
8/10 - Sherlock Holmes in Tiancheng? 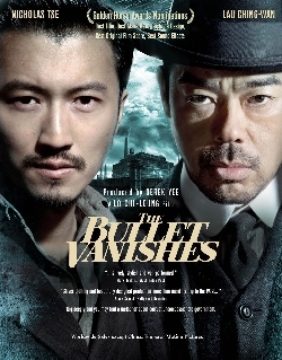 A prison officer (Lau Ching-Wan) has annoyed his superiors so much with his habit of investigating (and more often than not, proving) claims of wrongful conviction by the inmates in his care that he is sent off to Tiancheng Province, in the hope that he can use his investigative skills to root out corruption there before it becomes a conviction. Upon arrival he is immediately caught up in the investigation of a murder in a local munitions factory, where the victim was clearly shot but the culpable bullet seems to have ... vanished.

Leading the investigation is a brilliant young detective (Nicholas Tse) who has also annoyed his superiors, being generally hot-headed and arrogant and self-identifying as the Fastest Gun in the West. Err, East. Well, Tiancheng Province anyway. The two detectives immediately develop a rivalry but it quickly turns into friendship as they develop a mutual respect for the deductive skills and integrity each displays.

As more bodies and more missing bullets start turning up the mystery becomes increasingly baroque, and both their Holmesian powers of deduction and their skill with a pistol will be tested as they get closer to the truth and become targets themselves.

THE BULLET VANISHES clearly owes a debt to Sherlock Holmes, and especially to the Robert Downey Jr. incarnation of the character, with the combination of period setting and costumes with slick modern camera work and effects being just as entertaining here as it was in the Guy Ritchie films. This isn't a criticism by any means, and the art direction and cinematography combine to create some stunning visuals, punctuated by some sparse but suitably thrilling action scenes. Special shout out to the soundtrack, which is beautifully composed and evocative.

A typically great performance from Lau Ching-Wan and an equally fine turn from Nicholas Tse anchor the film, with a small but potent role from Mimi Yang offering a welcome counterpoint to the machismo on display elsewhere, and a pleasing performance from Liu Kai-Chi playing rather against type with his scenery chewing role as the villainous factory boss.

Towards the end the twists and turns the plot takes threaten to become overwhelming, as developments come so thick and fast that just keeping track of all the characters becomes a bit of a challenge. The script is always careful to explain to us exactly how the detectives' deductions are made though, and to recap the various clues along the way that led them to their conclusions. It's almost a shame it spells it all out so clearly in fact, as a second viewing would have been a much more interesting proposition if it had left open the prospect of picking up on all the clues and details ourselves, now that we know the end result.

THE BULLET VANISHES is definitely a slick piece of commercial film-making rather than a challenge to the intellect, but it isn't exactly dumbed down, and it's put together with such technical verve that it is certainly worth the price of the popcorn.