Directed by
a guilty pleasure 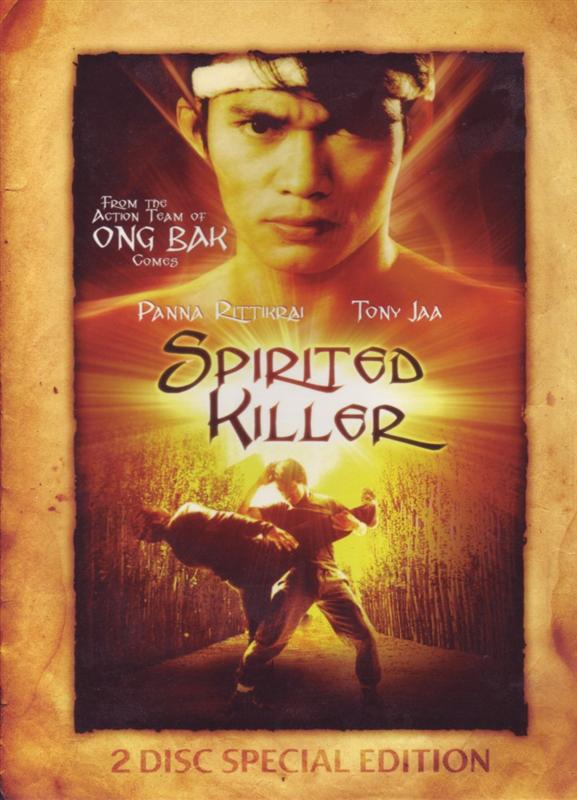 This Thai film appeared quite unexpectedly in US retail outlets courtesy of budgeteers BCI Eclipse, making much ado of the fact it was the debut film of Tony Jaa, where he gets to go toe to toe with mentor Panna Ritikrai (action director of Ong Bak).  I've seen enough misleading DVD cases in my time, where the supposed stars turn out to actually be in the film for 1/2 a second, and suspected this was such a case - but there was a trailer posted on YouTube which showed at least 30 seconds of Tony Jaa - which was enough for me to decide it was worth the price of the disc :-p

Well, got it and saw it, and - predictably - Tony Jaa is in the film for about 5 minutes, max, and you definitely see the best of it in the trailer.  Still, he pulls some _great_ moves in that time, and it really was worth the price of the disc to see it without the crappy trailer music :-p

The film is more of a showcase for Panna Ritikrai - even though he's the villain... and a mute zombie villain at that.  Yeah, don't ask - the plot doesn't score too highly on "making sense".  The rest of the cast is an ensemble, with groups of Thai, Chinese and Japanese characters (all blatantly played by a Thai cast) converging on a Thai village just as Panna appears in the neighbourhood and starts silently killing people.  The groups all end up going up against him, and he takes them on using the weapons and styles of each country - whooping their asses quite comprehensively.  Tony is one of the Chinese group, fwiw, though his style is less obviously wu-xia than some of the others in that group.

The film is ultra-low budget... though even a low budget can't excuse the lack of film-making savvy on display.  It's primitive, crude and often quite comically bad.  The very end of the film, in particular, is a classic "wtf???" moment that had me in stitches.  Acting is... just not a word that applies here... and some of the comedy is so juvenile it belongs in the womb.

BUT, the film does feature a reasonabe amount of that trademark Panna Ritikrai full-contact action.  The fight with Tony Jaa is definitely the highlight, but some of the other performers put up a good show too, and Panna himself is excellent.  The film can in no way be compared to ONG BAK, Born To Fight or Tom Yum Goong...  it looks incredibly primitive and dated next to them, despite less than a decade separating them.  It looks incredibly primitive next to pretty much anything I've seen in fact!

Still, it kept me mostly entertained for 90 minutes... a guilty pleasure, perhaps.

The disc itself is surprisingly good.  The print does look scratched/faded in places, but in others looks quite sharp and detailed - it's a good anamorphic transfer from limited source materials, I would say.  The film offers dub and sub options, and the subtitles are pretty good - as much as they can be for such blatantly inane dialogue :-p  I saw the phrase "shagging" in there, so I guess BCI are porting a British disc, as with the Rarescope titles?  I didn't sample the English dub, though since the original Thai post-dubbing is so lousy it's probably not going to suffer further from dubbing in another language, so maybe I should.