Directed by
Genre
Doesn't live up to my memory of it 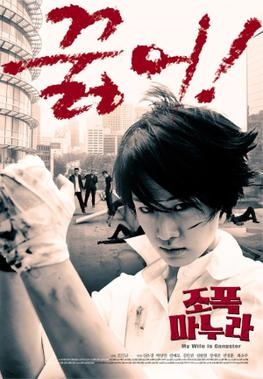 MY WIFE IS A GANGSTER was one of the heavy hitters of the early 2000's Korean Wave, it seemed slick and fresh and had some very stylish action scenes. I guess it's one of those films that was of its time though, as it doesn't hit nearly so hard 20 years later.

"Gangster out of water" became something of a subgenre in Korea, which is perhaps why MWIAG seems a little tired and predictable watching it now.

Kim Won-Jin's choreography here was definitely a big influence on "Korean style" action though, channelling his experience working in Hong Kong and adding a bit of stabby local flavour.