Directed by
Genre
Not a film about cyborgs at all, really 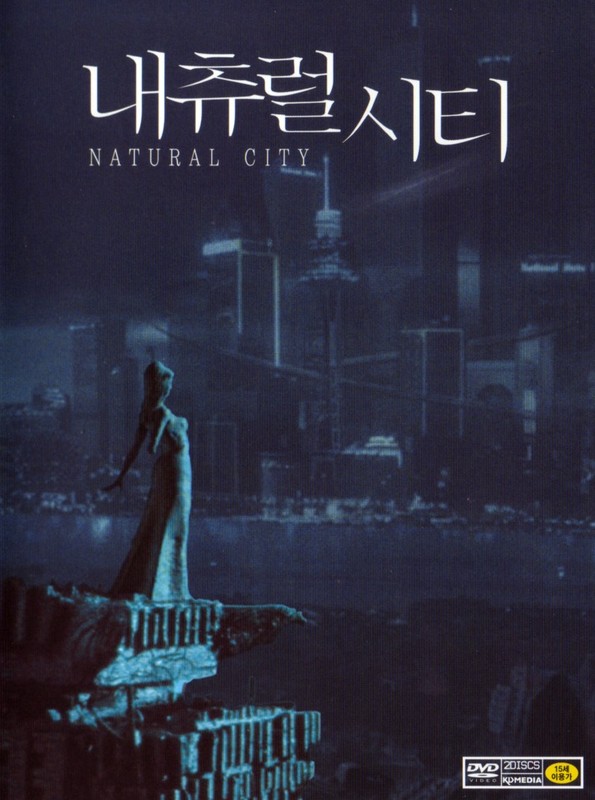 Korea's attempts at sci-fi "blockbuster" films have mostly been very disappointing, suffering from the Hollywood problem of 'budget goes up, script coherence and depth goes down', but I do think NATURAL CITY is the pick of the litter.

It's an interesting and perhaps slightly muddled film, that mixes sci-fi spectacle and fantastic action scenes with a much more subtle and introspective side that's really the core of the film and probably befuddled the audience a lot. The cyborgs and mad scientists aren't really what the film is about, it's about the loneliness and detachment of the characters in a world where personal relationships have deteriorated even further than in our own. The fact that the acting is "wooden" is arguably deliberate, as the characters have no real emotional lives. It's a bit like Stephen Spielberg directing a Wong Kar-Wai script... or vice versa... or something There's some Mamoru Oshii in there too.

I think the film has been very widely misunderstood because of pre-conceptions people have when they see certain similarities to BLADE RUNNER, e.g from the review on Kung Fu Cult Cinema:

The premise of the movie is pretty much the same as Blade Runner in many aspects. The story involves cyborgs who are conscious of their own lives and are willing to fight to prolong their lives when they find out that they’re only programmed to live a certain amount of time.

This is NOT what the film is about at all!

At no point does any cyborg fight to preserve his or her own life (really - watch it again!), and in fact none of the Cyborgs really show any consciousness of their own lives. They are very much machines with limited capacity for interaction and no real emotions. That's not what the film is about at all - it's about the people of the future world and the lack of meaning personal relationships they have. Technology may or may not be to blame for this breakdown of society. The film is not a "love story between a soldier and a robot" as some reviewers have suggested - there is no love in the film, just a soldier who has projected his need for love on to an inappropriate target. The criticism that the actors show no emotion is also unfair, because that is the point of the film - they have no meaningful emotional lives because of their lack of meaningful human relationships. I'm not saying it's a brilliant piece of acting, but it's not bad acting as some reviewers have suggested.

I think the film has been very unfairly dismissed by a lot of people because it did not meet their expectations, and they missed the point of the film. The very obvious allusions to Blade Runner probably didn't help, and nor did the big budget action scenes really (exceptionally cool as they were), since these things kind of misled audiences about what was really going on and important in the film.

Anyway, I recommend it to those that haven't seen it, but remember that it's NOT A FILM ABOUT CYBORGS AT ALL. Well, obviously it is on a superficial level, but they're just bit players in a story about people.