Directed by
Genre
Better than expected 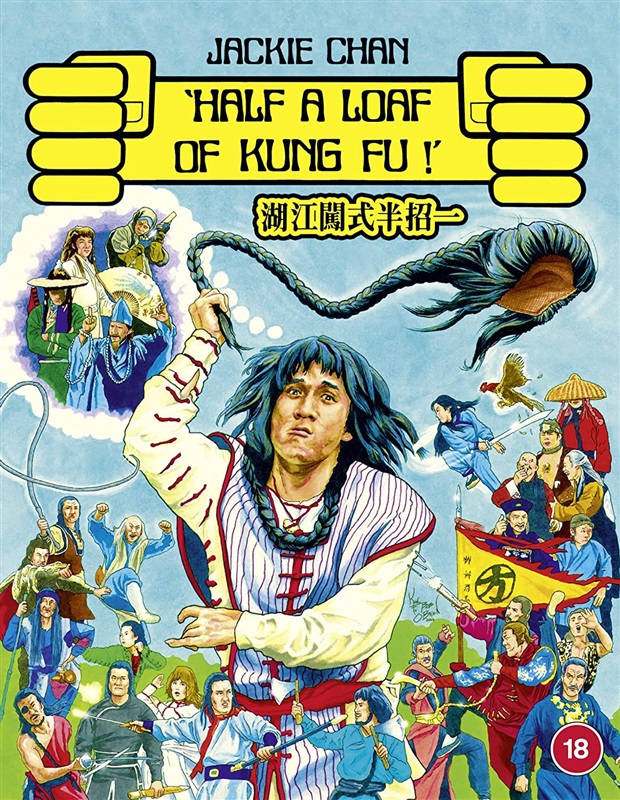 A young man dreams of being a kung fu master. One day he witnesses a showdown between a martial hero and a master criminal - the hero is victorious, but receives a fatal wound when he is distracted by Jackie. Jackie discovers there is a substantial reward for killing the criminal, so he decides to steal the hero's identity and claim it.

Lo Wei had been trying to sell Jackie Chan as "the next Bruce Lee" for years, and it seems like they were both sick of it and each other by 1978. Lo Wei had given up on Jackie so Chen Chi-Hwa took him off his hands. Jackie apparently wanted to make a film that was the exact opposite of everything Lo Wei had tried to do - instead of imitating popular trends he wanted to spoof them.

Lo Wei hated the result and shelved it, only releasing it after Jackie found success later.

The only version I had before was cropped & dubbed, so I had never bothered watching it - I'd never heard anybody say it was worth suffering that for. My expectations were therefore as low as they could be going in to the new bluray from 88 Films, but I ended up quite enjoying it!

The opening credits set the tone with some headache inducing editing while Jackie parodies popular martial arts tropes. We then meet his character in the real world, where he gets into various scrapes and we soon realise he is not particularly talented (or honest). Dean Shek turns up for some literal toilet humour and teaches him some unconventional kung fu moves.

The film has some nicely choreographed fights where Jackie tries out some fresh ideas. His character just about survives with a mix of luck and occasional assistance from a mysterious beggar - or by simply not being in them, mostly. Eventually he remembers he does know kung fu and gets to flex his acrobatic muscles properly in the final reel.

Like I said, expectations were low, but it's no worse than Jackie's other Lo Wei Co. films. He would iterate on and greatly improve the formula he developed here, but it is interesting to see him experimenting and trying to work out how he can create a unique style and identity.