Directed by
Genre
Strange but good 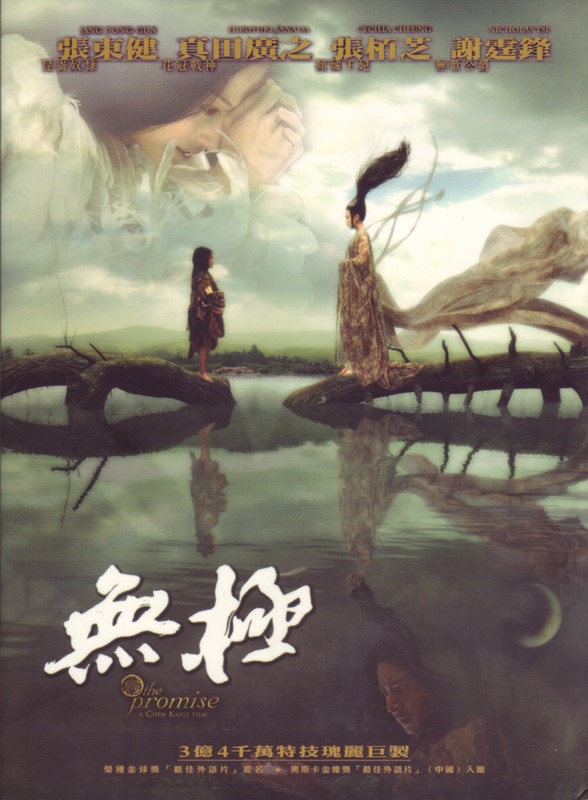 THE PROMISE is a very odd film, which seems not quite sure what it wants to be - or perhaps is just not quite what I (or others) expected it to be. It's a luscious fairy tale about grand themes of love and fate, but the tone and style are... hard to pin down. Sometimes it seems like we're watching an epic tragedy, and at others it seems like we're watching a comedy... at least, Hiroyuki Sanada seems to think he's doing pantomime (and the special effects are sometimes reminiscent of Kung Fu Hustle). I honestly have no idea whether the film was meant to be (intermittently) funny or bits were just badly done.

Whatever criticisms anybody wants to lay on the film, I defy anyone to say that it's not absolutely beautiful. The production designs and cinematography are absolutely stunning - some of the camerawork is really amongst the best I've seen (so no surprise to see Peter Pau's name in the credits). Some of the CGI is breathtaking... and some of it is not. The film certainly wasn't trying to look realistic (Nic Tse's costumes alone should be proof of that), but I don't think it was meant to look quite so cartoony as it sometimes does.

At the beginning I was a little bemused by the film, but also intrigued... it did seem like it was a bit of a mess though. As things progressed, either the film got into its groove or I joined it there, and it all kind of worked. It's like a cocktail of Hero, House Of Flying Daggers and Kung Fu Hustle with a chaser of SUPERMAN... odd, but enjoyable.

I still think Hiroyuki Sanada was mis-cast or mis-directed, but Cecilia Cheung is fantastic (and luminous) and Nic Tse is in good form too (in a role that's _meant_ to be a bit pantomime). The real star is the cinematography though, and for visuals alone the film is certainly worth a watch.

aka MASTER OF THE CRIMSON ARMOR