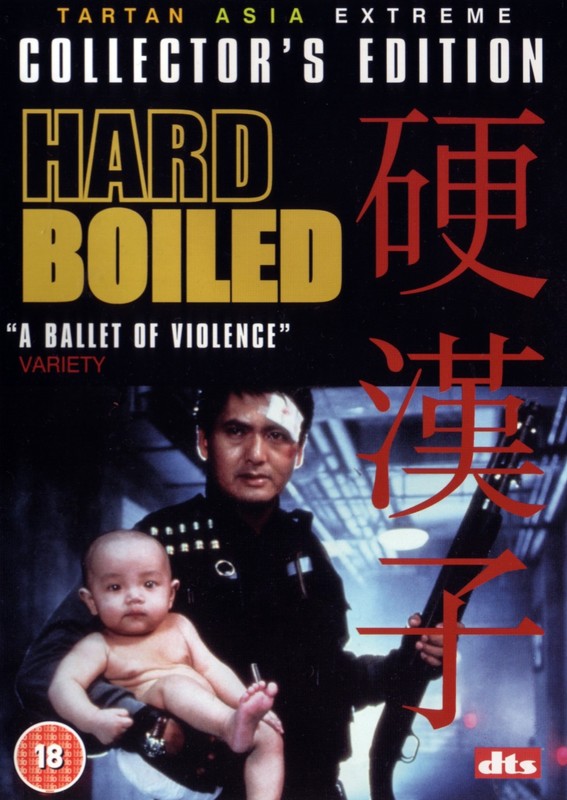 HARD BOILED is one of the most widely known Hong Kong action films in the world - for many people it is the definition of HK's action style in fact. The story of a hard boiled cop whose favourite law is "shoot first" and the undercover cop whose life he messes up is a classic, and the production values are as high as any Hong Kong film had ever seen. The film is certainly "action-packed" too, with a few moderate scenes early on being just a taster for a finale that runs over 30 minutes of mostly non-stop gunplay action. The action is beautifully choreographed and filmed, a ballet of destruction. Every bullet seems to explode and so does most of the scenery, with the spray of lead impacting on everything except our heroes and the more character-worthy villains. It's all preposterous, but still a beautiful sight to behold!

In some ways it's a shame Woo is so popular in the west, as it creates a very skewed perception of what "Hong Kong Action" is about... there really aren't that many "bullet ballet" films out there, certainly compared to the wealth of martial arts films that were Woo's inspiration (replace the guns with swords and you've got a Chang Cheh film, basically). The other gunplay films HK has produced invariably fail to meet the standards set by HARD BOILED, too, which probably leads to disappointed viewers who start here and get the impression that HK cinema is all downhill from there.

Still, can't hold that against the film itself, which is certainly John Woo's finest hour, and a genuine modern classic!