Directed by
Genre
Drags for a sub-90 minute film 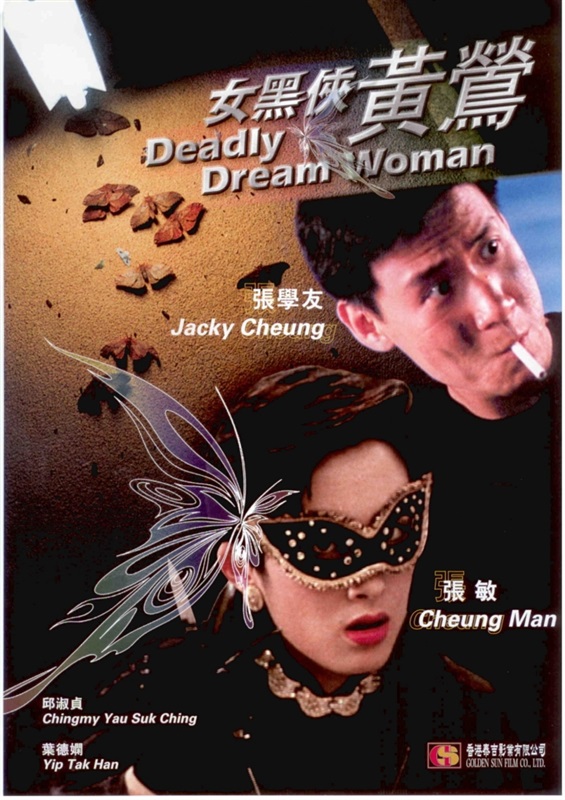 Cheung Man is the god daughter of a Triad boss who has been studying overseas and always wears a mask when she's home to protect her identity. Subordinate Ken Lo stages a coup and kills the dai lo, Cheung Man escapes but bangs her head and loses her memory. She is found by swindlers Chingmy Yau and her mother, who recognise her expensive jewellery and conclude she must have a rich dad somewhere.

DEADLY DREAM WOMAN is clearly a cash-in on the success of Naked Killer, based on its visual style and high flying female action, but the plot is basically a gender reversed take on God Of Gamblers. It fails to reach the heights of either though. The film starts off promisingly and has a great finale but meanders aimlessly in the middle section, which drags on way more than any film this short ought to with plot threads that only hang together in the loosest of senses.

There's a bunch of sex comedy, although with precious little sex... or comedy, in any recognisable shape. The acting is almost uniformly awful except that Cheung Man is an order of magnitude worse than anybody else as the infantile amnesiac... and Jacky Cheung is actually pretty good, though his role is quite small.

The film's only real redeeming feature is the balls to the wall action blowout in the last ten minutes, which isn't the best of its kind but is pretty fun and has a likeably fascination for impalement.