Directed by
Genre
Basically Temple Of The Red Lotus Part 2 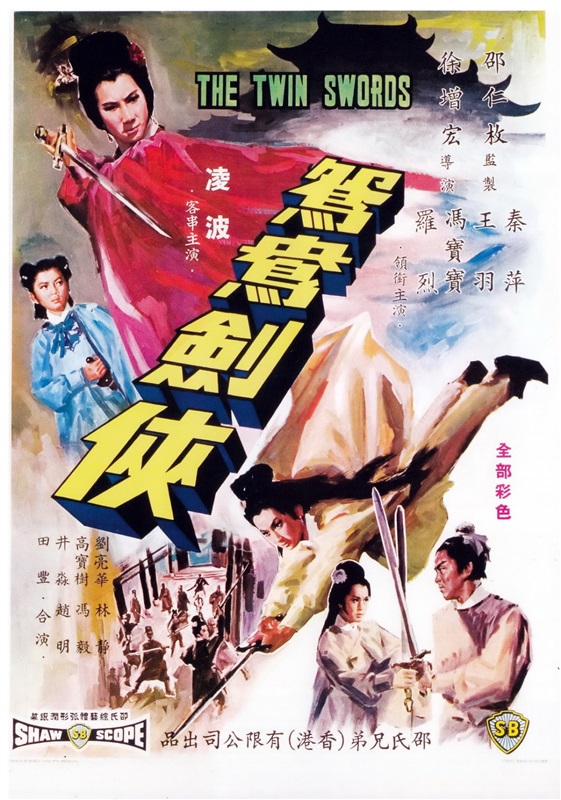 I think it would probably make the most sense to treat them as Parts 1 & 2 of a single film though - call it what you will. They were released about two months apart, suggesting they were at least shot back to back if not simultaneously.

This second part tells a more focused story with only one major plot arc, but it is a bit flabbier and less dynamic as a result.

You can kind of see why Chang Cheh got the urge to create a more masculine style of wuxia after working on this - he has credits for Production Design and Lyrics, amazingly - Jimmy Wang Yu spends most of the film crying and begging women or children for help, which probably didn't sit well with someone with such strong views about masculinity as Chang Cheh.

At one point it even looks like Chin Ping is going to forget poor Jimmy and hook up with Ivy Ling Po - which I would have been totally down for, they'd make a great power couple - but I guess 1965 wasn't quite ready for it.

The action in THE TWIN SWORDS isn't quite as plentiful or as good as TEMPLE OF THE RED LOTUS, though it does at least feature some amusingly gruesome deaths. The film as a whole is a smidge less entertaining. If they'd edited the two films down to a tight 120-130 minute film we might have had a classic to talk about in the same breath as Come Drink With Me and THE ONE-ARMED SWORDSMAN.