Directed by
Genre
Enthusiasts only 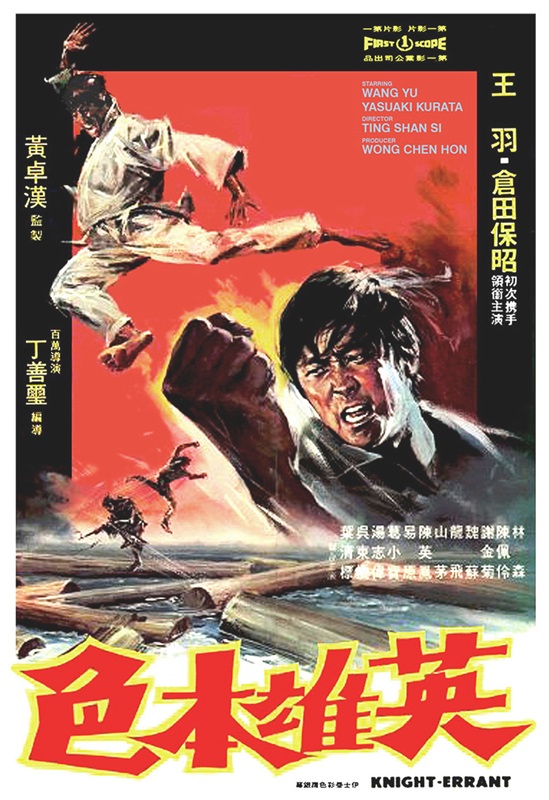 It's natural that a contemporary film from the 70's would age worse than a period film from the same time, but age alone can't excuse KNIGHT ERRANT for being crap, because there are much better contemporary films of the same era. The suckitude can mostly be put down to idiotic writing, incompetent acting, shoddy direction and slow, poorly choreographed and filmed fight scenes. Low budget was probably a factor for this Taiwanese production, too, since it would have bought a less experienced crew and given them less time to apply their limited skills (compared to a Shaw Brothers or Golden Harvest film from the same era, say).

Plot: Three Japanese kids train in karate for 20 years to take revenge on the Taiwanese guy who indirectly caused their father's death in the war. They then travel to Taiwan and try to drown him... go figure. Their 2 decades of training are not entirely wasted, however, because the man's son is Jimmy Wang Yu, and he knows kung fu.

Wang Yu plays the "knight errant", a young taxi-driver with a righteous soul who's always getting in trouble for beating up bad guys, and has to pay their hospital costs, which means he can never save enough to get his blind sister the operation she needs. Awww. The Chinese title for the film is something like "spirit of a hero", and is meant to show that a heroic character can be found in a humble guy, not just the swordsmen of yore. Don't expect a terribly detailed treatise on what makes one a hero though - beating up bad guys (especially when they threaten your family) seems to be enough.

Despite being shoddy in almost every respect, KNIGHT ERRANT escapes being totally unwatchable largely because of the last 20 minutes, where Jimmy Wang Yu fights Yasuaki Kurata then beats up an old lady. The latter part is more interesting than it sounds, and actually the old lady more than holds her own in the fight. The fight with Yasuaki Kurata is probably more entertaining though, as his expertise comes through with much faster pacing. They seem to have spent more time on this than most of the film, too, as the fight goes through various interesting locations in a saw mill and has more creative ideas.

It's really only this fight & the fight with the "Iron Fist Lady" that make the film worth seeing though, and even then it's only one for enthusiasts.