Directed by
Genre
cash-in with more comedy (but less funny) 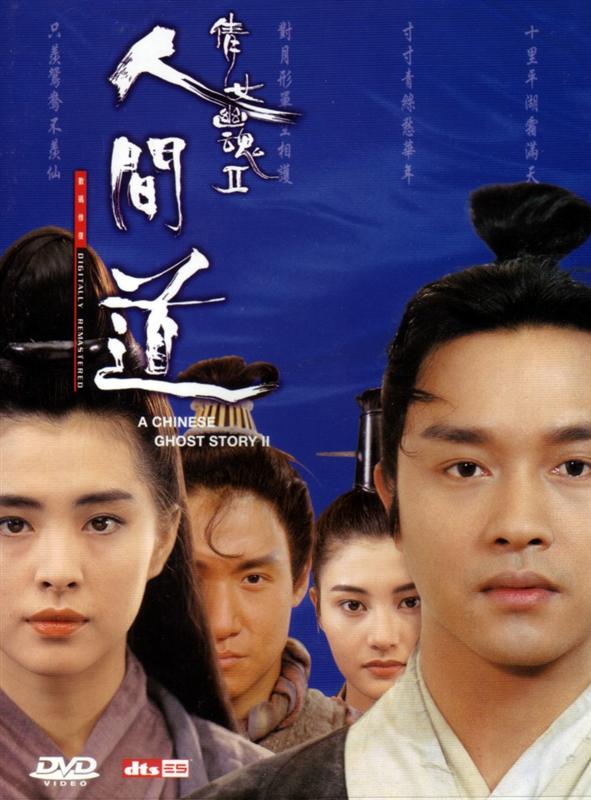 A CHINESE GHOST STORY 2 was one of the very first Hong Kong films I saw (for some reason I had a tendency to see sequels before the originals at first!), and I thought it was great. Mostly I was just blown away by the stylised visuals, the amazing wirework (at the time I had no idea how it was done, and almost believed people could really fly in Hong Kong!) and the madcap invention of it all.

For some reason I didn't watch the film again until very recently, when Fortune Star released a remastered boxset of the trilogy. Unfortunately, after all these years the film in no way lived up to my memories :(

Perhaps it's because of the comedy, some of which was very crude, and which didn't seem appropriate to the grace & beauty of the film in other respects. Or perhaps it's because of the scenes that felt like a cynical attempt to remind the viewer of the first film, as if the makers knew the 2nd film couldn't stand on it's own feet and they hoped you'd remember how much you enjoyed the first part and associate those thoughts with this one.

Or perhaps it's because the subtitle translation on the remasters is shoddy, and the sound mix has been tampered with to create a surround mix - by burying original sounds under crude new sound effects. Even the 'original Cantonese 2.0' track on the disc suffers from these unwanted "improvements", actually being a downmix of the new surround mix as far as I could tell. This very poor remixing of sound tracks seems to be the new curse for Hong Kong movie fans... in an age where the DVD manufacturers are finally paying more attention to picture quality they seem determined to ruin their product somehow.

So, perhaps it was a combination of these external factors (sound, subtitles and my memory of first seeing the film) rather than the film itself that led to me not enjoying it. I believe that Hong Kong Legends in the UK will be releasing the film later this year in another remastered version, that should at least improve the subtitles and hopefully the sound. I may give the film another chance then and perhaps I'll enjoy it more.