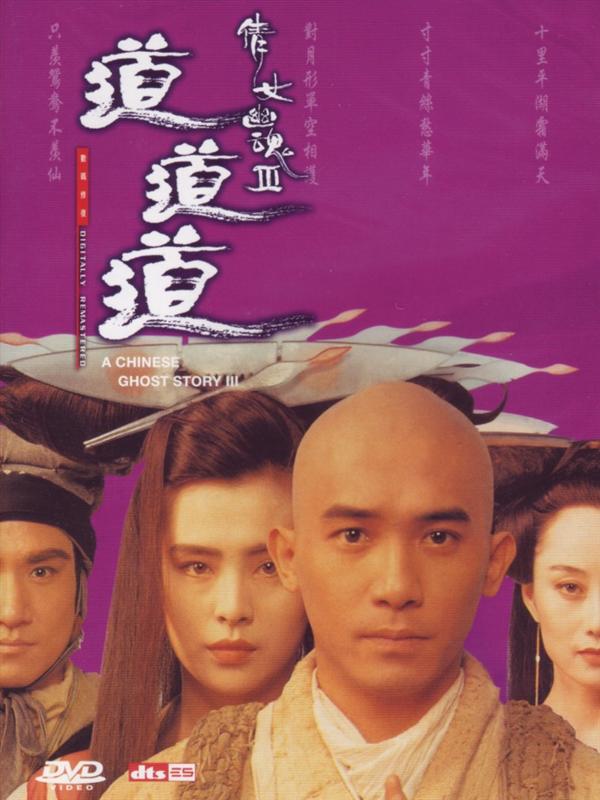 Rewatching the trilogy on the newly remastered boxset I actually found myself enjoying Part III the most of the three! This is probably because I've watched Part 1 to death though, or perhaps because Part 3 had the least soundtrack tampering of the new remasters (all contain new and poorly added sound effects, even in the so-called "original 2.0" mix),

To be sure, it doesn't have the grace & beauty of the first part, and in places it does feel too much like a ca$h in, but it's entertaining enough and has some of the best wirework ever commited to film. Joey Wang never looked better than she did in these films, and exudes more sexuality here than in the first two parts. Tony Leung doesn't have the naive innocence Leslie Cheung brought to the first two films, but makes up for it with his comic performance. Jackie Cheung is no substitute for Wu Ma, but his lechery is quite amusing.

The film is in many ways a retread of the first part, with the overall story and multiple specific scenes being too close to the 1987 original, but it is at least more even in tone than Part II.

So, whilst it was clearly never going to achieve the same place in cinematic history as the first part, and it's in some ways disappointing that they tried to mine the same story for $ again, there's enough in ACGS3 to enjoy and appreciate for it to be worth having in your collection.