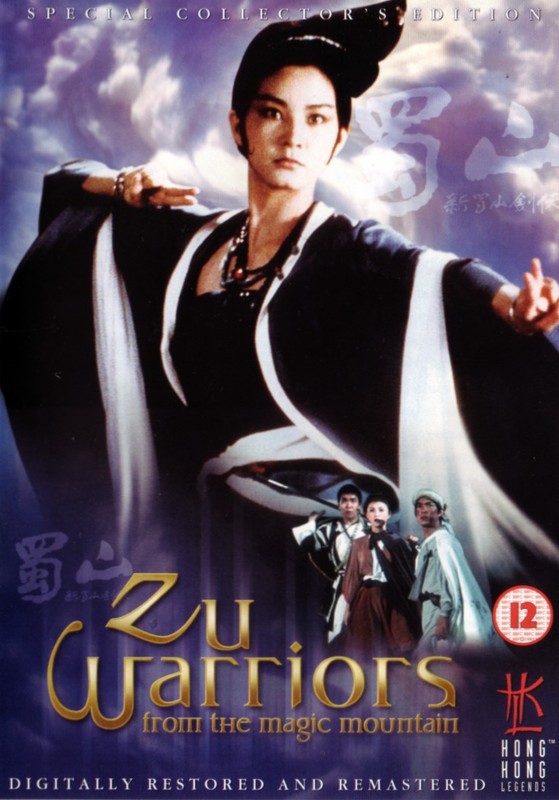 Zu was one of the first Hong Kong films I saw, and still remains one of my favourite. Its relentless invention and insanity typifies what, for me, made HK films so appealing in comparison to the Hollywood stuff that we were all supposed to like at the time. The film seems to be in top gear from start to finish, a non-stop assault on the senses, a barrage of ideas and imagination.

There are times when it doesn't work - towards the end it gets a bit trite and dull, for instance, but it moves so quickly for most of the running time you don't have time to dwell on its failings, because another "wow, cool!" will likely be along moments later.

The story is not so complicated it can't be followed, and the characters are interesting and memorable. The hubris & petty pride of the immortals whilst the common man suffers could be read as pointed social criticism, or (as it was more likely intended) a not particularly profound meditation on the human condition. It's not really a film that invites deep thought though, more sitting there going "coo" a lot then going to eat a nice snack when its over.

I'm sure I'm not the only one who wonders why Tsui Hark can't or won't make films this fun anymore.