Directed by
5/10, being generous 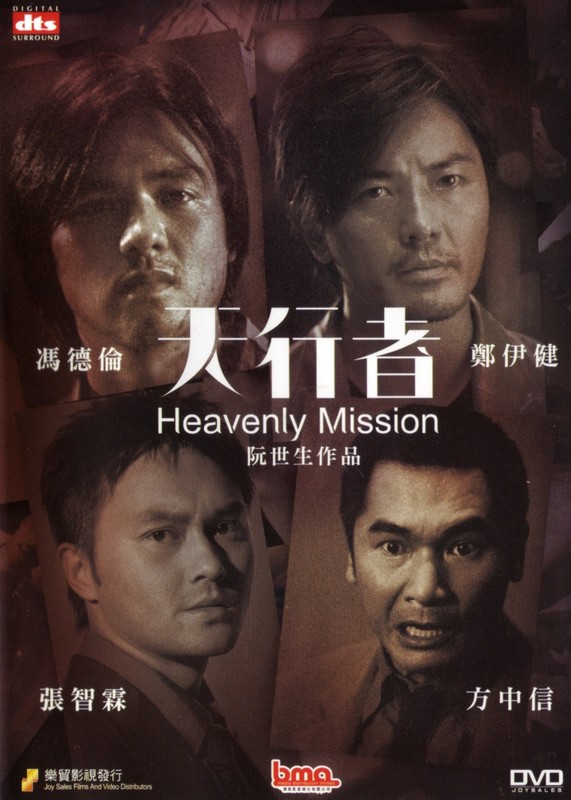 Autumn Yip is the toughest gangster around, until he's struck by lightning and spends 8 years in a Thai jail. On his return, a special task squad is set up by the Anti-Triad bureau to bust him, but he just seems to go around giving money to charity. What could it all mean? Don't ask writer/director James Yuen, because after watching Heavenly Mission it's apparent that he doesn't know... 'smoking is bad' seems to be the only obvious conclusion to draw from the film's many plot threads. Perhaps if the subtitles had been better, and had bothered to translate the names of several books that seem to be significant it would have all made a bit more sense- but probably still not a lot.

Heavenly Mission is at least a nice looking film, and has an intermittently good soundtrack, and anything which helps Ti Lung pay his rent can't be all bad. James Yuen has some good to almost great scripts in his filmography, so it's hard to believe he didn't at least have a vision of what the film was supposed to be all about, and it was probably quite grand. If he'd handed his story to a better director, maybe we'd be talking about Heavenly Mission as a new Hong Kong classic. There's little point conjecturing about what might have been the case since the film is out on DVD already, so we're stuck with what we got... which is a film that's not actively unpleasant to watch but has too many "huh?" moments, and only vaguely pulls them together into some sort of "ah" at the end. There are spots along the way that are pretty good, but overall it's a "meh".