Directed by
Genre
Barebones adaptation of the Condor Heroes novels 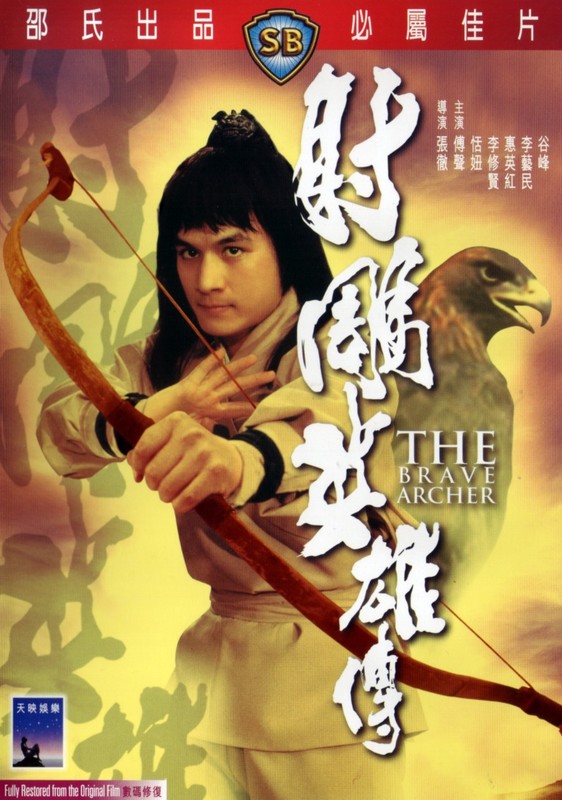 Chang Cheh adapts Jin Yong's Legend Of The Condor Heroes, making for a very different film than his usual stripped down, macho affairs - it's more reminiscent of a Chor Yuen Gu Long adapation, especially in the proliferation of characters and twisty-turny plot.

This first film in the trilogy covers the first two books of the Condor Heroes, which has recently become available in an English translation. I was actually reading the final few chapters of the second book when I decided to rewatch this film, assuming it would cover the events of the first book which I'd finished, so I ended up spoilering myself a bit.

The film is quite a literal interpretation of the novels, with almost everything that happens being a direct enactment of some scene in the books. Obviously with two books worth of story squeezed into less than two hours there is a lot of material from the books that is missing from the films.

Chang Cheh would likely have assumed that most viewers were already familiar with the story since it was wildly popular when first published and had been adapted for TV a year earlier, and I thought that having read the books I might enjoy the films more... but the opposite is true. For me at least, knowing how threadbare the story is in relation to the books made it harder to just enjoy the film for what it is - I was constantly distracted by things that didn't happen.

There's also the fact that I still don't like Fu Sheng, and that this the production feels surprisingly cheap - costumes and wigs look like they were thrown together from whatever was lying around, and the sets are rather barren compared to the kind of opulent scenery Chor Yuen's team would put together for a film like this.

When I first reviewed the film in 2004 I gave it a high score (8/10), noting that whilst I couldn't really follow the story I enjoyed just experiencing the moment-to-moment action. I never finished the trilogy back then (mostly because I was offended by the awful 5.1 remix on the Celestial DVDs, I think), but thought that knowing the source material would give me a new appreciation and I would get more out of it - that's not the case.

Having just watched the film also meant that the final chapters of A BOND UNDONE were diminished, since I knew what was going to happen, in broad strokes, so watching the remaining films before I read the books they're derived from doesn't seem like a good idea either.

THE BRAVE ARCHER provides a good example of why most film adaptations change the story, often being more inspired by the source than a direct translation to a different medium. Even though the Condor Heroes books are written in a style that is quite well suited to the cinematic form, consisting mostly of descriptions of things that happen rather than characters thoughts and internal stories, simply picking scenes from the books and filming them does not adapt well to either the feature film format's strengths or limitations.