Directed by
9/10 - Wong Jing's evil genius at its finest 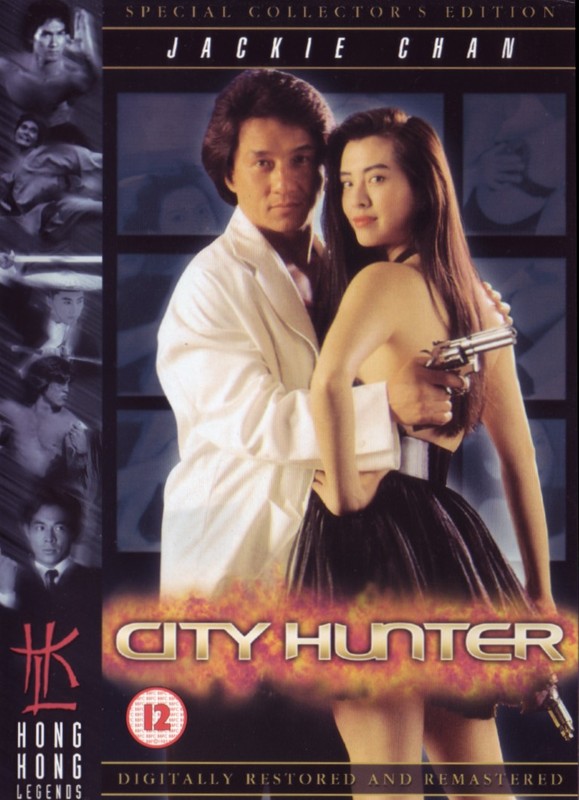 Wong Jing is at it again... another movie that straddles that fine line between genius and pure stupidity, and somehow finds gold there. CITY HUNTER is based on the same Manga that Saviour Of The Soul is based on, though after the first 2 minutes there's really nothing in common between the 2 movies. In fact, CITY HUNTER is basically the same as Yuen Wo-Ping's Red Wolf - i.e. "DIE HARD on a ship". But much much much much sillier!

I believe this is another movie that Jackie Chan his disowned. He disowned others like Island Of Fire because he thought they were too serious/violent/dark. I can only assume he disowned this one because it was too stupid . The whole movie is like watching a comic strip on screen. The visual style and humour are really well translated into movie form. The best example of this is probably the legendary scene where Jackie & his fighting opponent end up inside a STREETFIGHTER arcade machine, fighting with characters and moves from the game. Pure lunacy, but brilliant!

The script is actually pretty coherent for a Wong Jing effort, and stays in relatively good taste (nobody gets raped, there's only a couple of homophic jokes). There are a plethora of gorgeous women in the movie (Japanese actress Kumiko Gotoh being possibly the prettiest girl I've ever seen), but besides showing off their cleavage a lot they also have strong characters that are very independant and crucial to the plot. Jackie certainly wouldn't have made it to the end of the movie without the ladies, and one could almost believe that they could have foiled the hijacker-terrorists perfectly well without him at all.

There's a terrific assortment of gwei lo villains here, with Richard Norton as the US Commando-turned-master-criminal being much more tolerable than the usual gwei lo, and Gary Daniels being in quite shockingly impressive physical & fighting form.

Such a lot of colourful characters and inventive scenes, truly screwball comedy but hilarious... all very nicely filmed, generally a very impressive package of a movie! Making a movie this crazy requires a certain balance of bravery, heroism, and downright unstoppable stupidity which means that Wong Jing is certainly one of the few directors in the world that could have so effectively brought it life