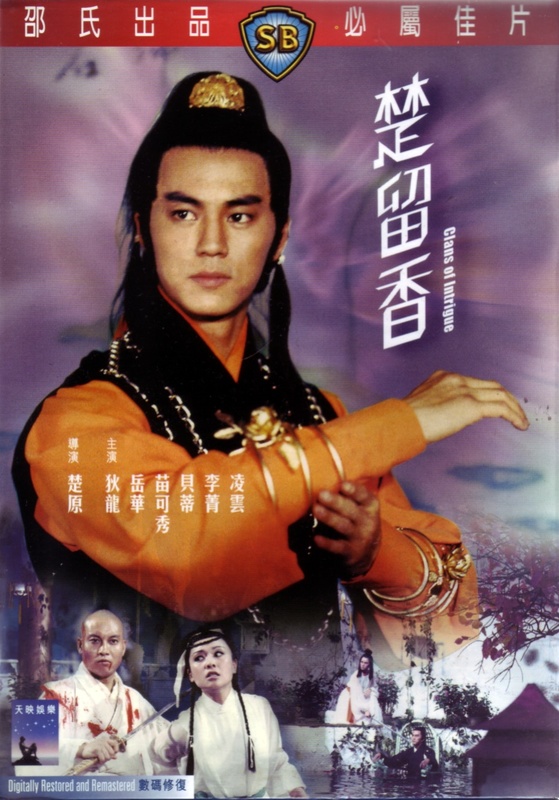 CLANS OF INTRIGUE is another movie adapted from a novel by Ku Long and directed by Chor Yuen (like The Magic Blade and Killer Clans, and many others). Ti Lung has the lead role, as noble thief and master fighter Chu Liu Hsiang. He learns that he has been framed for the murder of several clan leaders, and has one month to try and clear his name. His search into the truth about the deaths in the clans does indeed uncover many layers of intrigue.

COI is part martial arts movie, part murder mystery. It features a deliciously complicated plot of alliances, betrayals and surprising revelations that somehow manages to be quite easy to follow despite its many twists and turns.

There is a good mix of characters to populate this Jiang Hu world, all of whom are very interesting and memorable, and all of whom are well played by the cast. Bruce Lee regular Nora Miao perhaps stands out as the most interesting character... and definitely the best looking one

There's plenty of action, a mixture of fantastical wuxia leaps and moves and more grounded 'real' kung fu. It's very well choreographed and filmed, though still looking quite dated compared to the 80's and 90's action standards.

The films of Chor Yuen have been a great revelation, as I had absolutely no idea the man existed before Celestial/IVL started releasing his films on DVD. It's good to see another director who had as strong a vision of the way wuxia should be brought to the screen as King Hu and Tsui Hark. CLANS OF INTRIGUE is the first of his movies that I've seen where I've really felt that he was operating on the same level as those two auteurs though. It's a fantastically constructed and consistently entertaining movie.

Maybe it just caught me in the right mood, but I have to say that I enjoyed CLANS OF INTRIGUE the most out of all the recent Shaw Brothers releases that I've seen.

Adapted from a novel by Ku Long