Directed by
Genre
Looks great but that's about it 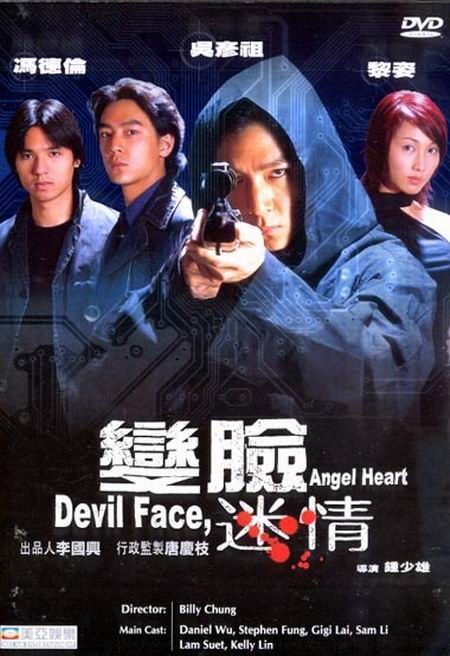 Daniel Wu is ugly! No, really, it's part of the plot. Serious ugly, Elephant Man style. Because he's ugly, he's a hitman along with his brother Lam Suet (perhaps playing "the good looking one" for the first time in his career!). He works for a bad man called Dragon, who will have double crossed the two brothers before too many minutes have elapsed in the movie. This may lead to revenge n' stuff.

First things first, this movie looks great! All very dark and gloomy - even a bit gothic perhaps. Cinematographer Wong Ka-Fai is given free reign to use all those cool filters and films and angles and stuff that must make a cinematographer's job really fun. If you've seen his work on Ballistic Kiss, you'll know the style. It's also moderately star studded - Daniel Wu, Stephen Fung, Sam Lee (briefly), Kelly Lin... does Gigi Lai count as a star these days? This must have been one of the bigger budget productions in HK this year.

Admittedly, he does rise to the occasion a little bit here, and the sleaze is kept in check most of the time. The direction is still rather clumsy and crude though - with all the film people out of work in HK this year, surely a better director could have been found to take the job? A better director might have risen above the mediocre script and created something pretty decent from the ingredients he had to play with here. As it is, DEVIL FACE, ANGEL HEART looks great but fails to really satisfy in other respects.

Recommended anyway though, because it really does look that great, and there isn't exactly lots in the way of quality competition coming out of HK at the moment.