Directed by
Genre
A terrible mess 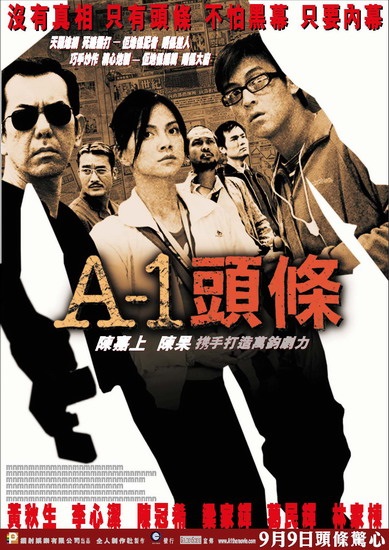 This film had shades of brilliance, but they were smeared together so artlessly that the finished picture was more akin to, e.g., vomit. Unless the film was trying to be unusally sly - which Tony Leung Ka-Fai's final comments about "the truth up to now" might have hinted at, it seems like somebody forgot to proof-read the script and make sure it made the slightest bit of sense. Characters seem to act very inconsistently in numerous instances, and several of the scenes that make you think there's some intriguing mystery and conspiracy to be uncovered turn out to have been about nothing, or just get forgotten about. Notably:

Somebody tries to kill the main characters on two occasions, and at the end of the film they just forget about it!

The film doesn't even seem to know what sort of film it wants to be - Gordon Chan apparently reckons it's a love story between Anthony Wong and Angelica Lee, which a) Ew! and b) when?

Still, on the bright side, Angelica Lee is definitely getting more attractive with age :)