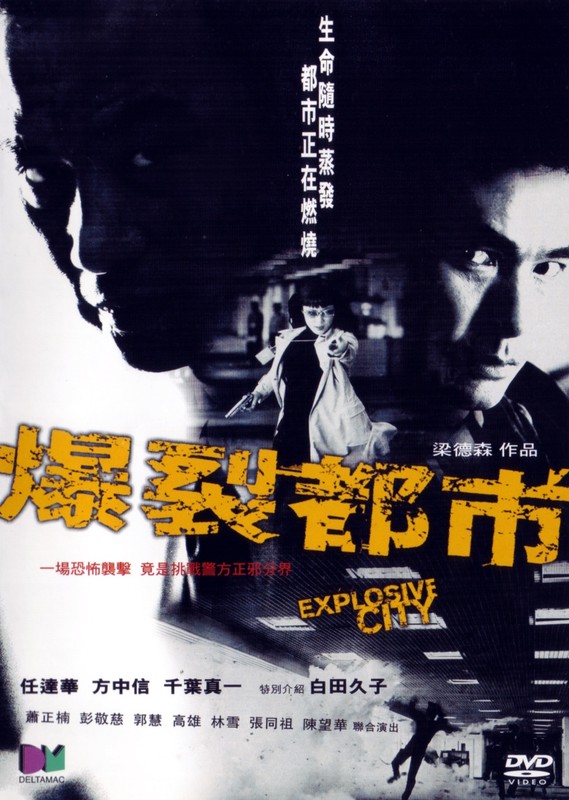 What a great film! Why doesn't HK make films this entertaining anymore? It has everything you could ask for - a ludicrous plot (brainwashing, amnesia, international terrorists with over-complicated plans, a cop on the run for a crime he didn't commit and to save his kidnapped son), cool characters (Sonny Chiba, Samuel Pang, Simon Yam, Alex Fong), buckletloads of style and a decent amount of action. Well, not *everything* I guess, but enough that it's just rude to complain about what's lacking :)

What I liked best about the film is that even though it's full of cliches, it still manages to surprise you. Often it's because the plot doesn't make a lot of sense, but that doesn't matter if it's a fun ride - something I wish Hong Kong's filmmakers would remember, 'cause it doesn't take a whizz-kid to realise that the industry has gone down the toilet since this ludicrous obsession with "scripts" and "professionalism" appeared in the late nineties :p

The film is vaguely reminiscent of director Sam Leong's previous HK-Japanese collaboration, COLOUR OF PAIN, but on a grander scale. The cast is multinational, with a mix of languages being spoken - often you'll have one character speaking Cantonese and the other speaking Japanese yet understanding each other fine, which is a bit odd but still preferable to dubbing. Unfortunately, for the two leads (Alex Fong and some Japanese lass) I guess they thought it would be a bit too much, so she's often dubbed in Cantonese when there's just the two of them together. I think I'd have preferred native language throughout, but I got used to the dub actress's voice quickly enough.

It's not a classic film that's going to go down in history or achieve major international success, but it's a fun action-drama that never gets dull. I don't know if it made any impression at the box office at all, or if it'll make its money back. I do hope so though, 'cause then we get more of these sorts of films coming out again.