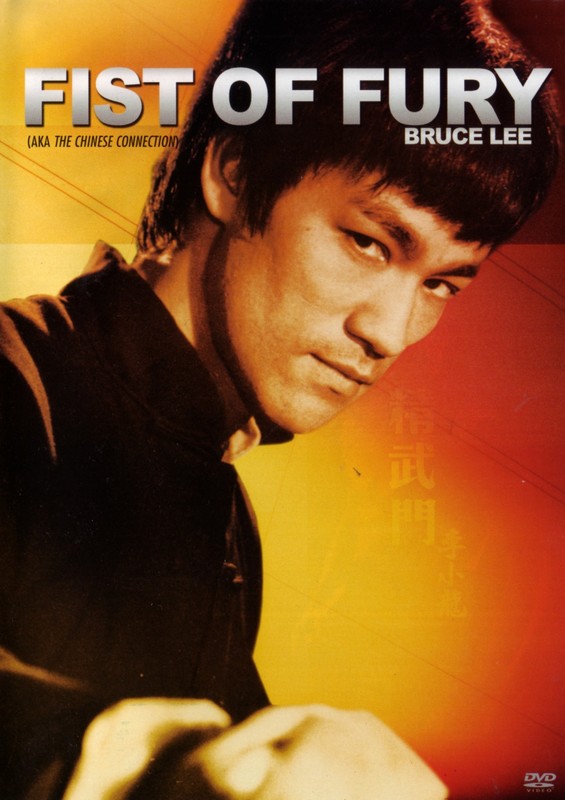 First saw this years ago, dubbed and full frame, and didn't like it much. The story seemed extremely and naively anti-Japanese, and not all that interesting. I guess I'm better prepared to appreciate it now, and having the nice Hong Kong Legends Cantonese/Anamorphic disc helps too. The story is still very anti-Japanese, though not quite as offensively so as I remembered (or maybe I'm just more used to it now). It's still not the world's best story either, but not bad. Bruce Lee plays a certifiable madman (really, nobody who spends the entire movie quivering with rage and making those contorted faces & noises can be classed as sane) who returns to Shanghai when he learns of the death of his Sifu. It is never specified exactly where he was before this. In Shanghai he sees how the Chinese are being humiliated by the occupying Japanese forces, and gets mad. Or more mad, since he was already quite mad after his sifu died... or perhaps it was just some speck of dust on his clothing. Despite his sifu's wishes that his students only use their kung fu to strengthen body and mind, and never fight, Bruce decides to teach the Japanese a lesson, and quite impressively takes down their entire dojo in a scene that has become an all time classic. This sets in chain a sequence of events which really do confirm the wisdom of his sifu's injunctions, though it may only be the viewer who notices this.

What makes the film such a classic is not the story though, or even Bruce's quivering rage of a performance... it's the fight scenes. Comparing the fights here to those in The Big Boss it is obvious just how much of an impact Bruce's vision did have on HK martial arts movies. Here he got to develop the fight scenes his own way, and the difference is dramatic... much more convincing and physically impressive than anything that had been done to that point (to the best of my knowledge). One of the interviews on the DVD is with the co-choreographer Bruce employed, where he talks about the ideas that Bruce had and how he changed the approach to filming martial arts scenes forever. FIST OF FURY perhaps contains the first great martial arts fight scenes ever commited to film as a result of his ideas. Definitely a landmark film, though outside the fight scenes it doesn't score nearly as highly.