Directed by
10/10 - Jet's finest work, and one of the best martial arts films 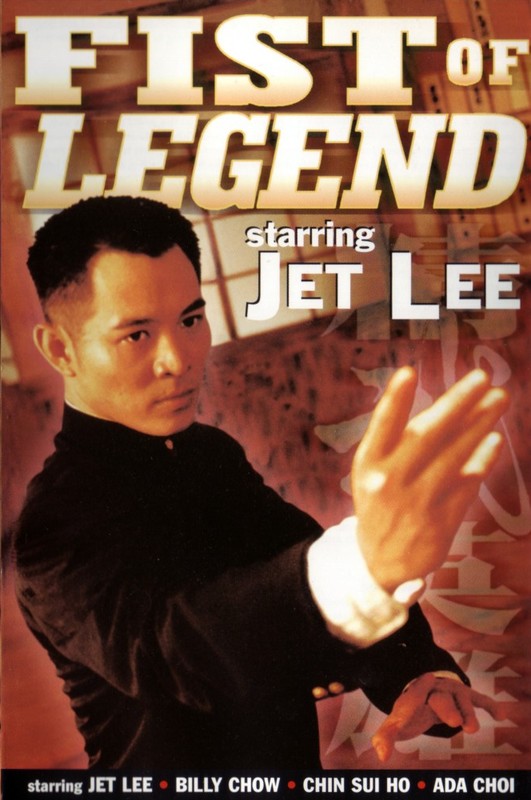 FIST OF LEGEND is rightly regarded as a classic by almost everyone, and should be one of the most widely seen martial arts films - except that it has unfortunately been treated miserably on DVD everywhere except France. Most heinously, it is only available dubbed into English in the US and UK - no better way to ruin a film. Additionally the film has never had a decent DVD quality release in its homeland. Popularity can be a curse, sometimes - well, when it means that mainstream US companies start buying the rights to you at least.

I probably don't need to mention that FIST OF LEGEND is a remake of Bruce Lee's Fist Of Fury, with the story tweaked to give a more balanced view of Chinese and Japanese cultures (FoF was rather monochromatic). Jet Li's Chen Zhen is a much calmer fellow than Bruce Lee's ball of animalistic rage, and he even has a Japanese girlfriend. The changes to the story do definitely improve it, at least for a more modern audience for whom blatant nationalism is a bit unseemly. Characterisation is generally better in the film, and the narrative is well thought out and presented... in fact it's one of the best scripts ever to grace a martial arts film, I would say. Credit to Gordon Chan.

As if having a superlative script (and great cinematography and soundtrack) weren't enough, FIST OF LEGEND also features some of the best fight scenes of the 90's, and is widely regarded as Jet Li's finest hour. Jet's films had tended to become more and more wire enhanced and ridiculous as time progressed, after his involvement with Once Upon A Time In China and Swordsman II, which is in some ways a shame since he was one of the people who least needed wires to do spectacular things with his body at the time. Fist Of Legend mostly forgoes wires (at least their overt use for defying gravity) and shows something of a return to the grounded, gritty martial arts of the 1970's - the kind of fight scenes Bruce Lee wanted to promote, in other words. The fights are still filmed with fairly modern sensibilities though, including some dramatic camera angles and fairly rapid editing to include reaction shots etc (rather than just letting the camera sit back and watch the actors doing their job). They're also undercranked quite a lot, as is Yuen Wo-Ping's wont... I wish he'd restrained himself a little bit more on this film though, as the extra speed does lessen the feeling of weight & power at times (especially with the extra 4% speedup you get if you're watching the film on a PAL release like me). Jet Li is certainly fast enough by himself not to need any extra help from the camera!

Whilst everyone talks of FIST OF LEGEND as Jet Li's finest hour, I should perhaps mention that it's also about the best role Chin Siu-Ho ever had. At times he's more impressive than Jet with his flexibility and speed, though he doesn't have the same power that Jet does. He gets some great fight scenes in this film though, and it's notable that he doesn't rely on stunt doubles for taking impacts and falls like Jet does ;)

Also worth mentioning is Yasuaki Kurata, who has been awesome on many occasions but may have reached his most awesome in this film too. His role is little more than a cameo, but his fight with Jet is one of the best fights put on film - the way the fight develops the characters in particular. He is doubled quite a lot in the fight, but he was getting on a bit at the time so I think we can forgive him. One thing that shouldn't be forgiven (though not Yasuaki's fault I presume) was the decision to dub *some* of his dialogue into Cantonese, using a voice actor who sounds absolutely nothing like his Japanese voice (which I think is his real voice). Why?

Last but not least, FIST OF LEGEND is definitely one of Billy Chow's best roles too!

It's hard to say whether the fact that so many people did their best work in this film is the cause or effect of its greatness. Was it just a fortunate coincidence that they all reached a peak at this point in their careers, or was it the strength of the script & director that brought out the best in them?