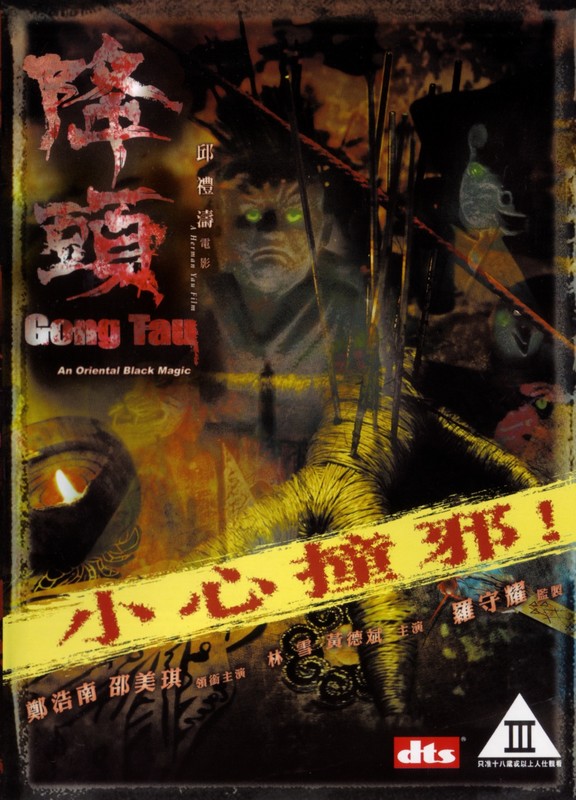 Gong Tau is an interesting throw-back to the Black Magic/gore films that Shaw Brothers made a few of in the 70's and 80's, updated with some modern special effects (and a trip to the butchers). The story is interesting except the bits that don't make any sense at all (the ending especially disappoints in this regard). The atmosphere is suitably moody and oppressive, with a rather miserable view of life (and death).

Mark Cheng and Lam Suet are well cast, Maggie Shaw not quite so much. The mainland actress who plays the dancer in Thailand is good, and naked. Always a pleasure to see Fung Hak-On of course.

A better script and more 'real' effects instead of the crappy CGI and it could have been a great film, but without them it's still a pretty good film, and different enough from the crowd to be worth a watch.