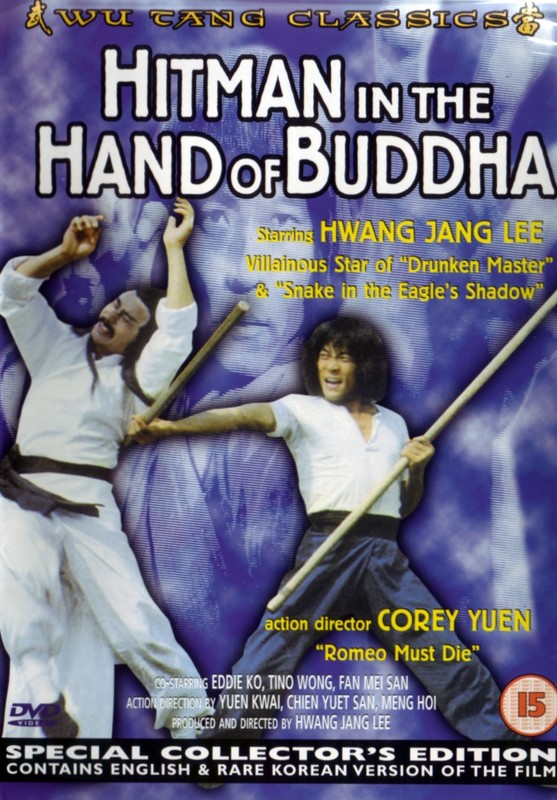 Above average old school fighter, written/starring/directed by/with/on Hwang Jang-Lee, who is a good fighter (famous for his kicks) and a decent enough director. Hwang arrives in a small town looking for work, and moves in with his sister and absurdly camp step-brother. Once there, he ends up in conflict with the local bad guys, and his heroic streak brings about trouble for his family.

Features the usual training sequences from an excellent Fan Mei-Sheng and some Shaolin Monks, and fight scenes which vary from the excellent to the mediocre. Most notable for the tendency of the movie to end up in the brothel every 10 minutes or so. I watched the UK Eastern Heroes DVD, which contains both the English dub and the Korean dub versions (different cuts). I've only watched the English version so far, and it has decent picture (more or less full frame though) but some of the worst dubbing I've ever heard. The Korean cut is from a much worse source (quality wise), and the dubbing seemed equally bad, but at least it was bad dubbing in a language I can't speak (less distracting). I shall watch it fully some other time I expect.