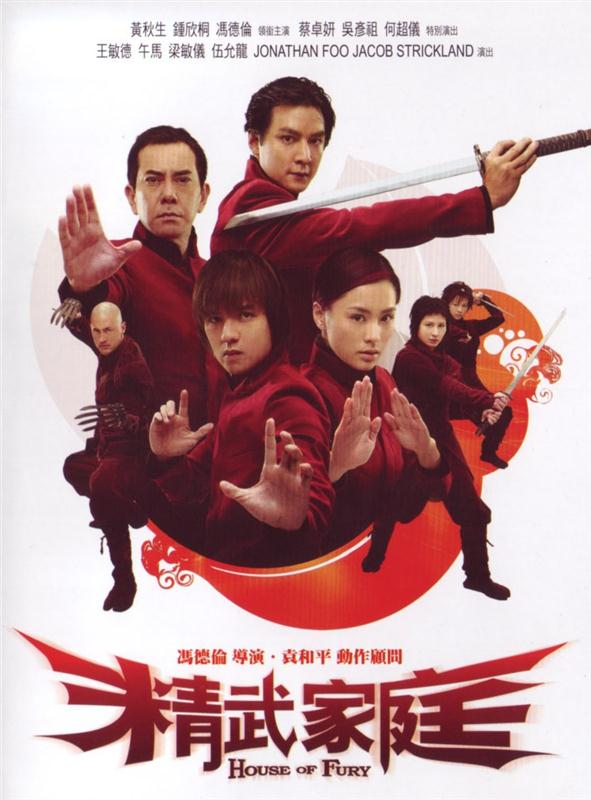 I had really high hopes for this after Fung's excellent debut Enter The Phoenix, which was one of my picks for best HK film 2004. Unfortunately I think HOUSE OF FURY is a bit of a backwards step, as the story was less well developed and the comedy less amusing (though Law Kar-Ying managed to steal the film again despite being in it for less than 2 seconds :p).

On the bright side, though, Yuen Wo-Ping produces some great fight choreography, as his nature. After the success/fame and presumably wealth that his Hollywood work since THE MATRIX has brought in you'd think he might have gotten a little complacent, but he still seems to want to push himself and create innovative ways of choreographing and shooting martial arts.

So, although Stephen Fung's sophomore film (damn, I hate that expression!) is not as impressive as his surprisingly accomplished debut had made me hope, it's still a pretty entertaining film with good production values and some nice direction, and I'm still looking forward to his next one :)