Directed by
Genre
By the books "Ganster out of water" comedy 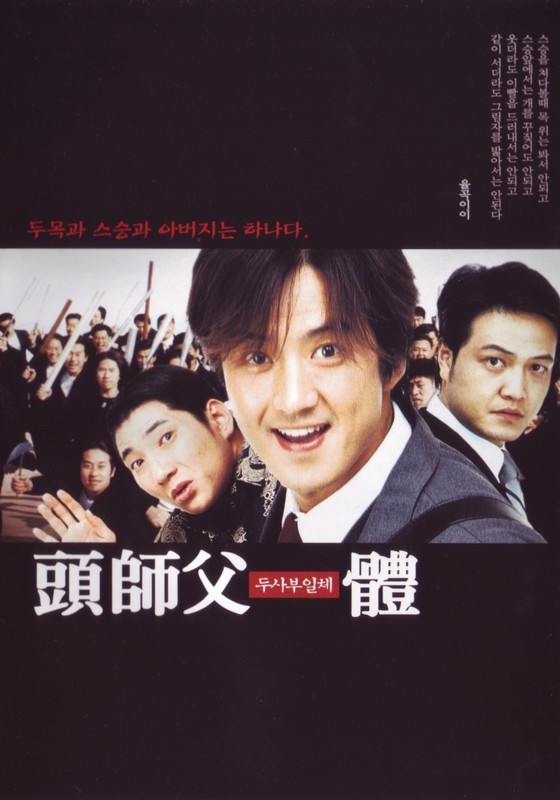 MY BOSS IS A GANGSTER... no, sorry... MY WIFE IS A HERO... hmmm. The back of the DVD case for MY BOSS, My Hero wants so much to look like the back of the case for My Wife Is A Gangster that I instinctively prepared myself for a movie not remotely similar to it, based on past experience of duplicitous DVD artwork. Past experience proves an inaccurate predictor here, however, as the movie actually is quite similar in quite a few ways.

The genre is "Gangster Out Of Water" again. KYE Doo-Shik is a rising gangster, and his boss wants to give him control over a new territory. The only problem is that Doo-Shik never graduated high school, and the boss feels that his underlings won't respect him if they all have more education than him. In order to take over the territory then, he has to go back to school and graduate within a year.

Whilst MY WIFE IS A GANGSTER took our heroine gangster out of her native waters in order to satirise gangster movie conventions and attitudes, MY BOSS MY HERO re-floats the titular boss/hero in order to make comments on the Korean school system. Obviously, the whole 'gangster out of water' scenario is not really necessary or even appropriate for this task, but the writer director was clearly enamoured with MWIAG and presumably thought that this was what he needed to do in order to capture its spirit. Clearly he missed the point a little, but it still makes for quite an interesting canvas for the characters and story to develop themselves upon. There is a little bit of gangster-satirising in there too, to be fair - though the gangsters are idolised more often.

But it's the school that is the main focus, and it paints a pretty grim picture of the Korean education system. Students are pressured, the system is corrupt, the gangsters and wealthy parents buy their kids grades, the teachers are disillusioned and demoralised and the kids even more so. Which is pretty much how I remember school too now that I think about it :p. Doo-Shik arrives reluctantly, there purely to get his territory rather than to actually learn anything... but the more he sees how the situation is for the kids, and the more he gets to care for them (one young lady in particular), the more he decides he wants to do something to improve their lot.

The first half of the movie is played for comedy, with much of the comedy revolving around people developing a rage and hitting each other - always funny, of course. The ignorance of the gangsters about technology is the subject of some humour, and... err... the fact that one of the pupils is openly and effeminately gay is the biggest other source of humorous efforts that I can recall. Eventually though, the movie admits that it really wanted to say something serious, and some slightly awkward developments shift the tone into the melodramatic. The movie definitely takes itself a little too seriously here, occasionally coming across as a bit pompous in its message delivery (the soundtrack is probably the biggest culprit here though). The dual love interest subplots that the movie contains come across as slightly forced and unnecessary as well (though any excuse to give pretty girls a bigger role in a movie works for me).

It's hard not to compare the movie to MY WIFE IS A GANGSTER, and doing so it's impossible not to make the observation that it isn't as good. That's not to say it's a bad movie, however - just not quite as clever or as funny or as well made. It's still a little bit clever, quite funny and pretty well made though :) There's some good cinematography especially, and quite a few cool/funny moments, and some pretty good action. Next time I'm in the mood for a Gangster Out Of Water movie, chances are it will be MY WIFE IS A GANGSTER that ends up in the DVD player though :)