Directed by
8/10 - If any film deserves the title "Camp Classic" this is it. 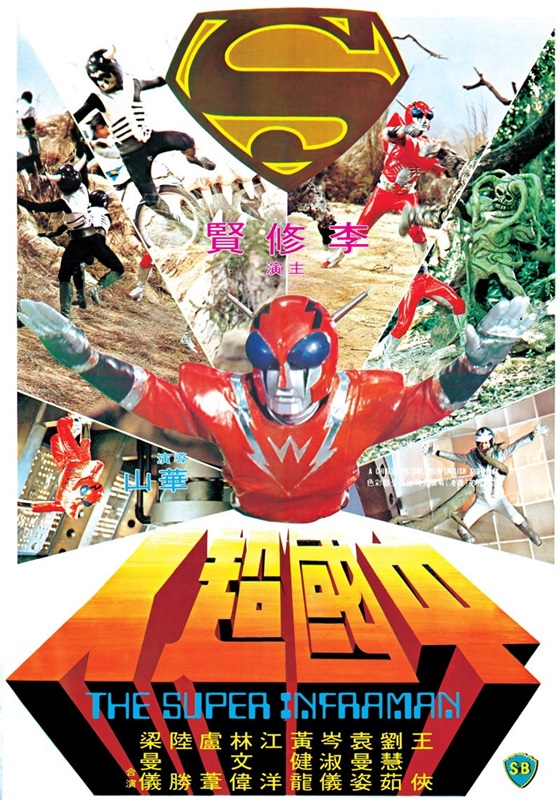 Before watching this film I'd never considered the question "Is it possible for a single film to be both the best and the worst film in the world?". Whilst it's probably over-generous to suppose that director Hua Shan set out to answer this question in 1975, THE SUPER INFRAMAN is definitely a candidate for the award. The name sums it up perfectly - the Japanese created ULTRAMAN as one step up from the American SUPERMAN, so in response Hong Kong created INFRAMAN - which would be one step beneath a normal human being, technically speaking! But, a "Super Inframan" is presumably a man so crap he becomes incredibly good... which sums the film up nicely. So stupid it's brilliant, so ridiculous it's inspired, and so cheesy it's.... well, just incredibly cheesy :D

The plot appears to be that a group of ordinary humans were buried beneath the earth during the last ice age, where they adapted to the harsh environment and became monsters. 10,000 years later they decide that being buried under the earth is getting a bit old, and break out to enslave the human race. Luckily a Chinese research scientist has prepared for just such an event, and created a technology capable of transforming a human being into an incredibly powerful Inframan. Danny Lee is picked as the subject for the experiment, which as luck would have it works rather well.

I haven't seen the Japanese ULTRAMAN to see how the HK interpretation compares, but Shaw Brothers definitely struck gold with this film. It's a mad mad film, with a crazed villain that looks like a Valkyrie and her army of monsters with rubber suits and silly names like "Mutant Drill", engaged in open warfare with the team of scientists and their kung-fu powered Inframan protector. The film has pretty high production values, with some great sets and sometimes great special effects, and more cheesiness and stupidity than any film has a right to contain. It's full of quotable lines (mostly from the villainess) and fantasy action... sublimely ridiculous. If any film deserves the title "Camp Classic" this is it.

Ultimately, THE SUPER INFRAMAN is neither the best nor the worst film in the world, but it's a hugely entertaining piece of trash that is guaranteed to bring a smile to the viewer's face :-)