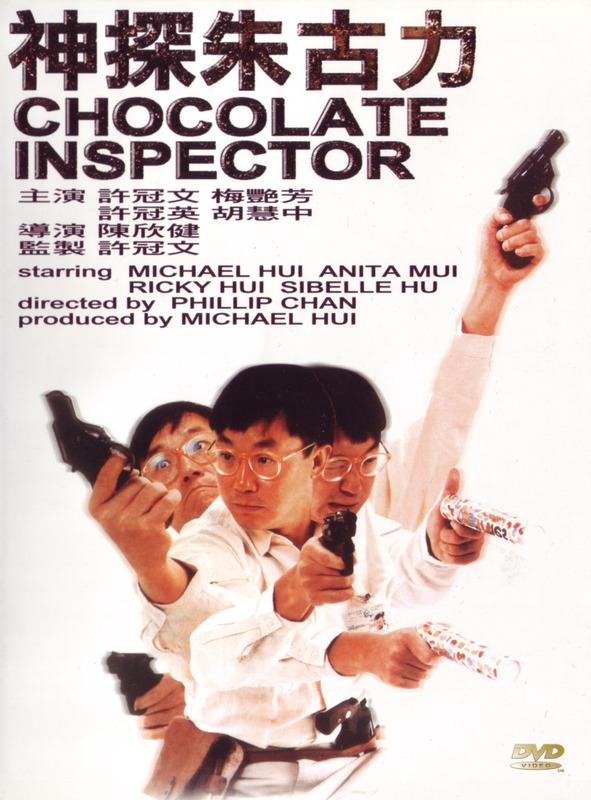 I saw this film under the billing CHOCOLATE INSPECTOR, and was most disappointed when it turned out that no chocolate is inspected during the course of the film! Quite a bit of the stuff does get eaten though, so it wasn't all bad ;)

Inspector Chocolate (who gives the film its more sensibly ordered name) is a bumbling inspector who gets reassigned to the "Missing pets and persons" department as a snub. The chief puts his daughter under him, reasoning that she won't get hurt looking for lost cats. Chocolate initially thinks she is a bimbo, but in the course of an investigation into a TV chef's missing child they each get to prove their courage and integrity.

This is a nice comedy with a little bit of action and some likeable characters. It's strange seeing Anita Mui playing a bimbo since she's anything but in real life (and in most of her films). Being an 80's HK movie there are some car chases and big explosions, but it's not overdone.