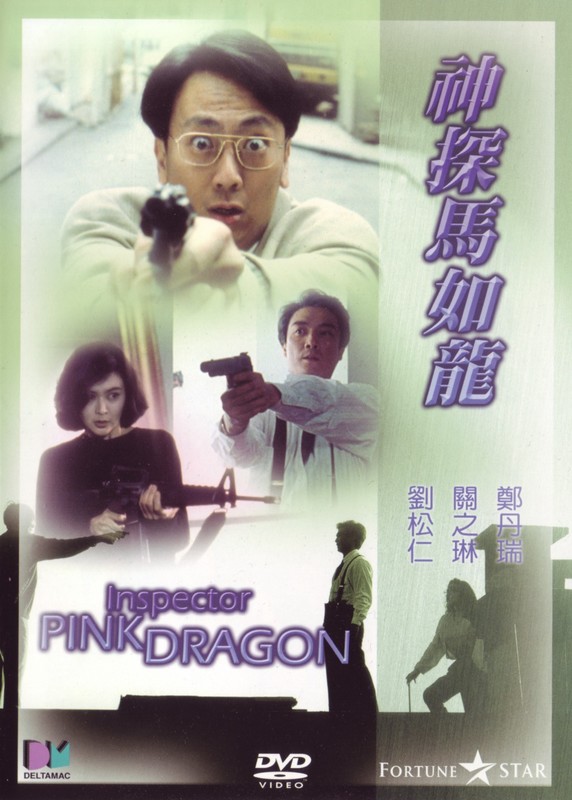 Lawrence Cheng is the "Pink Dragon" of the film, a cop who is sleazy, slimy, cowardly and disaster-prone - a role Cheng suits perfectly, being one of the most irritating men on earth!

Cheng bumps into ex-classmates Rosamund Kwan and Tony Leung Ka-Fai, and is drawn into the case of a corrupt land developer, meaning he has to go undercover and hang out with Rosamund a lot (to the distress of his fiance, Nina Li).

The film has some good comedy moments, but the overall story is totally done-to-death, and Cheng is soooo irritating it isn't amusing (which I presume it was meant to be). Rosamund barely even tries to act, and just coasts by on being good looking. Nina Li makes much more effort and is quite funny, which makes it a bit galling that her character gets shat on throughout the film.

There's very little action, meaning the DVD artwork covered in people with guns is very misleading - there's a bit of a shootout right at the end but it's entirely mundane stuff.

So, generally, not a film I had a lot of fun with. If you're a fan of Nina Li it's definitely worth a look, but be prepared to get angry. If you're a fan of Lawrence Cheng... well, get psychiatric help first, and if you're still a fan then I guess you'll want to see it :p