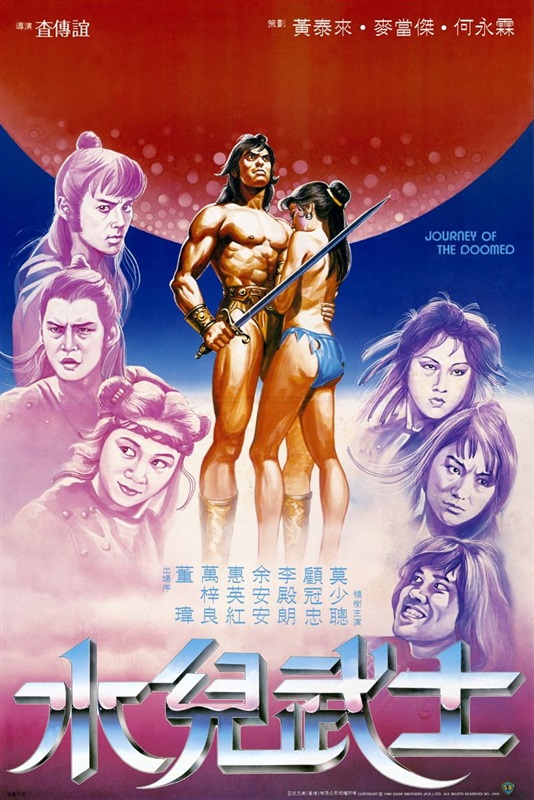 Well, it's easy to see why Shaw Brothers dropped out of the film business not too long after this came out - if this was the best they could manage to produce, there was little hope of them conquering the big screens again.

Story: young girl lives in a brothel, turns out she's the crown prince's illegitimate daughter, so some people want to capture her for political ends and others just want to kill her. Bumps into Tung Wai, who does the noble thing and tries to protect her.

The film is poorly paced, shoddy of direction, contains some horrible acting (it doesn't help that the lead actress is dubbed by the WHINIEST voice ever... except maybe some of Cheung Man's dubs) and lacks the gorgeous production design that a Shaw Brothers period piece usually entails (costumes and sets seem cobbled together at random, and hairstyles have had a bad attack of the eighties).

There's a few moments of alright action - Kara Hui is great to watch, but unfortunately only in the film briefly. The finale is quite spectacular, but on account of lots of big explosions rather than any hardcore kung fu. Probably the films biggest draw is that there's a lot of gratuitous nudity in the first 30 minutes, though if naked girls being massacred isn't your thing then perhaps it's not such a big draw after all.

Hard to believe the director would make the excellent and intelligent Once Upon A Time In Triad Society films 10 years later - he definitely learnt a lot in the interim :)