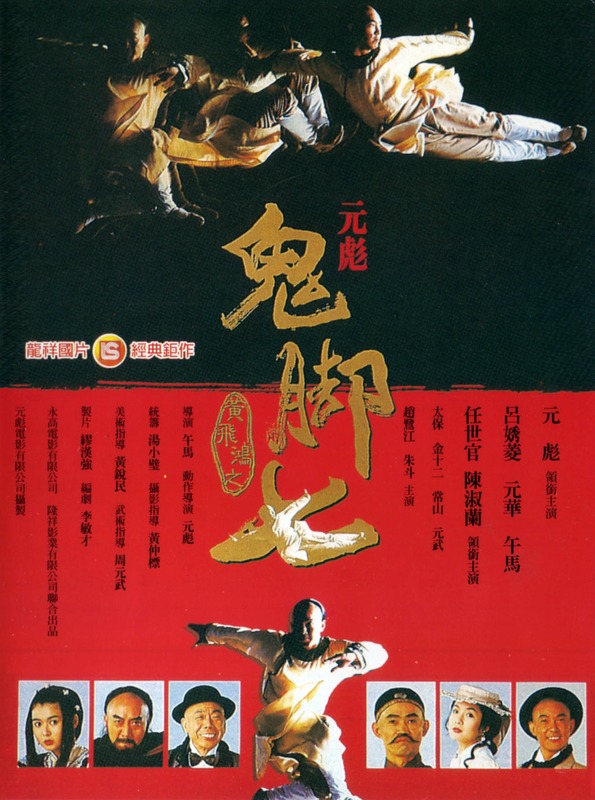 Fairly cheap knock off of Once Upon A Time In China starring Yuen Biao. I started watching this many months ago, but the Mandarin dub on the DVD and Wu Ma's horrible buck teeth really put me off, and I consigned it to the "rainy afternoon" bin. It wasn't actually raining on Sunday afternoon, but I decided to give it a go anyway. Once you get past a rather weak first 20 minutes or so, the movie pulls itself together a bit - or perhaps I was just better disposed to it this time. The movie soooo wants to be OUATIC it's a little bit embarrassing - the plot itself is quite different, but many scenes feel like they were basically copied from Tsui Hark's genre redefiner. It doesn't come close to the quality of its inspiration, obviously, but it has its virtues. Primarily these are Yuen Biao and Yen Shi-Kwan. Biao's acting here isn't too hot, but when the action scenes come along you realise why it's him in the role... limber, athletic and powerful, he puts on a fine display. Yen Shi-Kwan is always welcome in a movie, and he puts in a pretty decent performance here. Not as good as he was as Iron Robe Yim in OUATIC, but he still earns his right to wear a false beard.

The movie would probably have been better if it hadn't been trying so hard to be OUATIC, when it clearly didn't have the budget or talent available to match it... but at least it was trying to be something worthwhile. It's probably only really worth watching for the fight scenes though.